The Purdue Boilermakers won the Big Ten West on the back of their prolific passing offense that ranked second in the conference, only behind Ohio State. The Boilermakers kept their tradition of having an elite wide receiver alive with Iowa transfer Charlie Jones. He started his collegiate career at Buffalo before transferring to the Hawkeyes and playing for two seasons. There he thrived as a return man but was underutilized in their run-heavy offense.

The Hawkeyes could have used a playmaker like Jones in 2022, as their passing game was one of the worst in the country and the source of countless memes. Meanwhile, in Lafayette Jones broke the Boilermakers’ single-season record for receiving yards with 1361, second-most in the country. The All-American wide receiver was one of the year’s biggest breakouts and skyrocketed his NFL draft stock.

The Cincinnati native made the short trip from Oxford, Ohio to Clifton and instantly was one of the best defenders in football. Pace shattered every expectation the Bearcats had for him and finished as PFF’s second-highest-graded defender and top-graded linebacker for 2022. He led Cincinnati in tackles, tackles for loss, and sacks.

His 21.5 TFLs were the second most in the nation. Pace was the epitome of an instant impact player and was rewarded with numerous accolades including American Athletic Conference Defensive Player of the Year and a finalist for the Chuck Bednarik award.

Former Virginia Cavalier Olu Oluwatimi was one of the biggest prizes of the transfer portal heading into 2022 and did not disappoint. He stepped in as the starting center for the reigning Joe Moore Award-winning Michigan Wolverines and led them to another remarkable season. The Wolverines became the first team to win the Joe Moore Award in consecutive seasons and won another Big Ten championship.

Oluwatimi earned Consensus All-American honors in addition to winning the Rimington and Outland trophies as the best interior lineman in college football. He was a mauler in the run game with an 82.5 run-blocking grade and paved the way for Michigan’s top-five rushing unit in the country. Oluwatimi reached the pinnacle of collegiate success in his final season and elevated an already great offensive line.

The only FCS transfer on the list, Jared Verse made the jump from Albany to Florida State and maintained his dominance. Verse was a standout for the Great Danes logging 31.5 tackles for loss and 18.5 sacks in his two years. For the Seminoles, Verse recorded 17 TFLs and an ACC-leading nine sacks.

He was one of the best pass rushers in the country and was named an All-American by The Athletic. His decision to return to Florida State after their 10-win season was a massive surprise considering his high draft stock but will give the Seminoles a major boost heading into next season.

Caleb Williams followed Lincoln Riley to USC and won a Heisman Trophy. Not much more needs to be stated, Williams was the best player in the entire country. He led the nation with 42 passing touchdowns and was third in passing yards with 4537. Both of those were single-season records for the Trojans who have produced some of the best quarterbacks in recent college football history.

Williams brought the Trojans to the PAC-12 championship game and within one game of their first college football playoff berth a year after the Trojans went 4-8 and missed a bowl game outright. He and Riley immediately returned USC to the national spotlight. Just a sophomore, he will be back next year and should once again be a top player. 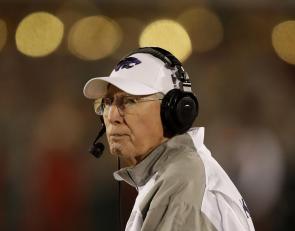 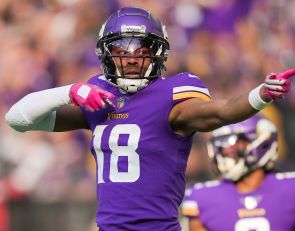 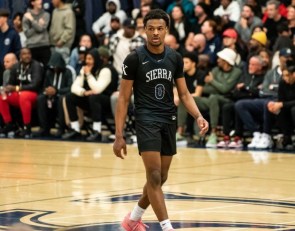