Once every few years in sports, smaller market teams have a chance to do something special. It’s just a matter of the team actually deciding to push their chips in to win. Within baseball, the next team up is the San Diego Padres and they surely are pushing all their chips in.

Over the last few seasons, the Padres have been one of the highest spenders around the game. This all culminated with them trading for star outfielder Juan Soto last trade deadline. It helped them finally win a playoff series, beating their rival in the Los Angeles Dodgers in the process. The Padres would fall to the Philadelphia Phillies in the NLCS but their future is as bright as any.

The biggest difference for this team was bringing in manager Bob Melvin. He brought a level of maturity to this franchise and allowed the players to hone in their talents. Mix in all the talent that the front office gave him and the results showed come playoff time.

Not only did the Padres build on success, they ensured that they would see it again in 2023. They went out and signed shortstop Xander Bogaerts to the team on a long-term deal. It is seen as a move that allows them to let Manny Machado walk next offseason if they deem his price tag too large. However, they weren’t done yet. San Diego went out and added some nice depth pieces to the roster in Nelson Cruz, Matt Carpenter, and Adam Engel. They also signed pitcher Seth Lugo to a deal as well, allowing him the chance to possibly start.

Needless to say, this is all in addition to the already stacked team that San Diego has. Oh and did I mention that they will be getting the services of star Fernando Tatís Jr. back after he missed all of 2022 with injuries and a suspension.

San Diego has made it clear that they want to reach their goal of finally bringing a title back to the franchise. This team is loaded and looks to be one of, if not, the favorite as we enter the 2023 season.

Many are already picking them to overtake the Dodgers in the NL West division this upcoming season. This was a team that finished over 20 games back of Los Angeles in the standings but with their added talent, it seems that it could be time. The Dodgers have taken a step back in terms of spending and have lost some talent to free agency so the time to strike would be 2023.

The only real weakness of this team could be their starting rotation. Yu Darvish, Blake Snell, and Joe Musgrove headline the rotation but there are some questions. Age and consistency are the biggest questionmarks surrounding this staff. Musgrove has looked like the ace of this team over the last couple of seasons and seems to be getting better each year. They will need another strong year from him if they want to reach their goals.

"We all have one thing on our mind now".

A healthy Drew Pomeranz adds another weapon to the San Diego 'pen for a run at the pennant. @Padres | #Padres pic.twitter.com/l5aQ6ZypXf

However, despite any questions, let’s be honest. If this team struggles pitching wise, they will likely go make a trade. It’s just how this new regime does things and it has turned this team into a legit title contender.

The New York Mets and Los Angeles Dodgers look to be the most fierce competition for the Padres in the National League. The NL should be a fun battle between some really strong teams. But make no mistake, the Padres have arrived and are looking to carve out their own legacy. 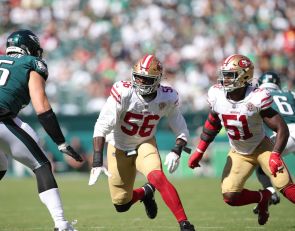 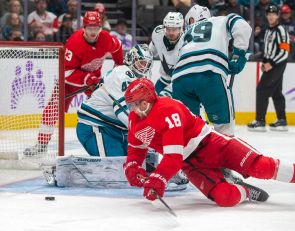