The 2023 MLB season is quickly approaching! Each team will be looking for their star players to step up, and help guide them to the World Series. Each team also has stars waiting to breakout and help in this quest, TWSN MLB analysts Marissa Myers and Matt Levine will be going through every team by division to give these players. Starting with the National League West.

You could argue Cronenworth has already broken out for the Padres, but he is still underrated on a national level, and this is the year he becomes a household name. Cronenworth finished 2022 with a slash line of .240/.333/.394 along with 88 RBIs and 17 home runs. Cronenworth played a huge role in the NLDS with his go-ahead single in Game Four against the Los Angeles Dodgers to help complete the upset. He has been great defensively and improved his offensive production. With the growth Cronenworth has had with his offensive production, 2023 will be the season he fully breaks out putting it all together.

With the departure of Justin Turner, Vargas is set to take on an everyday role for the Dodgers team. He was special in the minors last season but did struggle a bit when first called up to the majors in September. He hit .304 with 17 home runs and 82 RBIs in Triple-A before being called up. The organization is extremely high on Vargas and the youth infusion that he will bring to this club. The Dodgers have been known to hold onto prospects only if they really believe they can be everyday players and Vargas looks like the next one in line. Look for him to put his bad September behind and really make an impact on this team this season.

It’s now or never for Bart within the Giants organization and I have a feeling that he puts it all together. He hit .215 with 11 home runs and 25 RBIs for the team last season over 97 games so he will need to be much better. After Buster Posey retired, many expected Bart to take over and find similar success. However it has been a slow roll for him but 2023 could be his breakout year. He is more familiar with the big league pitching and has less pressure playing for a team with little expectations this season. Bart and the Giants are hoping that he turns things around otherwise, he would find himself wearing a different jersey this time next season.

An injury to Nick Ahmed pushed Perdomo into a starting role in 2022. At just age 22, his 148 games he ended up playing were the most by a player his age on the team in franchise history. His lack of experience only playing 11 games in the MLB prior showed up at times in 2022, but he showed immense promise as well. He was the best contact hitter on the team with a 12.7% swinging strike rate, and 80.8% contact rate. He is a skilled defender as well, the area he still needs to work on is hitting the fastball. As Perdomo continues to learn, he can evolve into a staple for Arizona, and he could very well show that this season.

With how Lawrence ended his 2022 season, it looks as if he can fully break out in 2023. It was against the Los Angeles Dodgers to end the season that he came in and recorded his first save. This capped off a 2022-year in which he pitched 42 ⅔ innings, and through his first 16 appearances had an ERA of 3.92. This improvement from 2021 to 2022 is due to how he commanded his pitches better by turning down the velocity. Two bad games in September raised his ERA to 5.70, but otherwise he had a decent second season with 21 strikeouts and only six walks. Lawrence has shown his skills enough for Colorado to increase his playing time, he will see more high-stakes situations in 2023 and further showcase his potential. 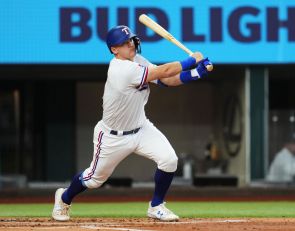 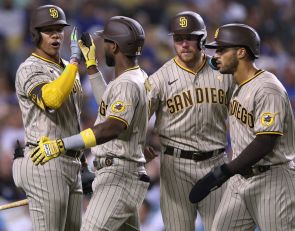 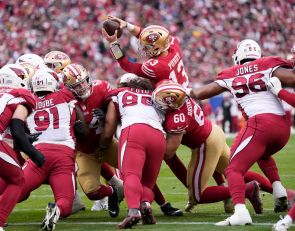 Takeaways from the Arizona Cardinals Loss to the San Francisco 49ers