Kyle Kuzma to South Beach Catapults the Heat Back Into Contention

Kyle Kuzma to South Beach Catapults the Heat Back Into Contention

The Miami Heat were a Jimmy Butler missed three away from their second NBA finals berth in three years just last postseason. Despite being the first seed in the East sitting at 53-29, Miami went into the 2022 playoffs as underdogs. Being labeled as pretenders the entire season, Jimmy Butler and company defied the odds, pushing a dominant Boston team to their limits in the Eastern Conference Finals.

Despite a promising postseason run, Miami clearly came into the 2022-2023 season worse. Losing PJ Tucker as a connective piece was a big loss, and the void at the power forward spot has yet to be filled. This, combined with Miami’s lingering problem of a true secondary creator, raised problems for the franchise. Tyler Herro is a great microwave scorer, but simply isn’t the guy you’d like to be your second scoring option. Bam Adebayo can score at a high rate, but his inconsistency on that end of the floor holds him back from being that second guy.

There’s no available target Miami can aim for to be that true second guy, but there are plenty of players who can produce offensively on the market. Adding another 20-point per game guy would take pressure off of Herro and Adebayo to be that staple guy. With that, Miami would create more of a well oiled machine rather than having a true hierarchy of guys. That’s where Washington forward Kyle Kuzma comes into play.

In his second season as a Wizard, Kuzma has taken yet another jump in an increased role. Averaging 22 points, eight rebounds and four assists on 46% from the field is a borderline All-Star statline, and the argument can be made that Kuzma has been Washington’s best player this season. Turning down a contract extension in the nation’s capital, it’s inevitable Kuzma won’t be dawning the red and white come next season, starting rapid trade conversation for the 27 year old. Of all teams, Kuzma would fit into Miami’s system like a glove, as his style is a perfect fit for the organization.

This is an intriguing deal for Washington. The Wizards receive Duncan Robinson as contract filler, with two young pieces in Nikola Jovic and Gabe Vincent, along with an unprotected first round pick. Vincent and Jovic are the two glaring pieces in this deal, with Vincent being able to step into a starting point guard role, along with Jovic as a promising project player. A Miami unprotected first round pick brings value as well, as the pick will likely fall in the late teens, early twenties.

For Miami, they instantly rise back into the ranks of contention with this deal. Simply put, they’re not giving up anyone valuable enough to make them worse now. Adding a player who can fill the power forward void who does a multitude of things well gives them a leg up on the play-in teams in the East, getting them that much closer toward the top of the East.

Kuzma’s creation ability has gotten much smoother this year, and he’s also proven to be a tough shot-maker. The one glaring flaw is his IQ as a shot-taker, but in a reduced role and more disciplined system under Erik Spolestra, those shots will be way more limited. He’s great as a tertiary guy with his ability to create and play a spot-up role when needed, which will skyrocket his efficiency in a lesser role.

Kuzma’s offensive ability adds an extra layer to Miami’s offense. Butler is still the number one option with his combination of scoring and passing, but having three guys in Kuzma, Herro and Adebayo who can all step up to that second option role on any given night will raise problems for other teams.

Realistically, no other team in the East can say they have something like this, especially considering those four would make out to be one of if not the most consistent “big four” in the entire NBA. With how top heavy this Eastern conference is, there still wouldn’t be a guarantee they make it out of the conference. However, it certainly gives them a much better shot. At this point, Miami needs anything they can get that’ll put them over the top, and Kuzma is more than just another fish in the sea. 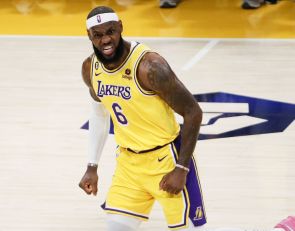 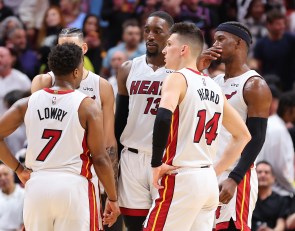 The Miami Heat Have Caught Fire 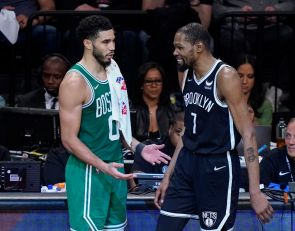