Last week, I wrote about Hunter Greene and Nick Lodolo as reasons for optimism in Cincinnati. On the heels of one of the worst seasons in franchise history, I’m here to give the fans more reasons to smile. Smiles don’t win pennants, but they do give hope and a desire to support the team.

162 games is a very long season, and this team has been buried in the cellar for the better part of the last decade. There are more bright spots on this roster than you think. Don’t believe me? Check this out.

Fast forward to 2022, and India saw injuries derail all the momentum he gained in his rookie season. He played just 103 games and never seemed to be completely healthy. His stats took a big dip as well. He posted a .249 average with 10 home runs, 41 RBIs, 48 runs, and three stolen bases.

Let’s fast-forward to early 2023. Should Reds fans be concerned with India, or will he return to his 2021 form? Time to dig deep on this one. Grab a shovel.

There were a few significant dips in his production. Let’s take a look at what happened and why.

There are a few essential advanced statistics to look into when I am analyzing a player’s performance.

India didn’t hit the ball quite as hard in 2022, but I’m not convinced he was completely healthy for more than a few games in the season. His walk rate took a dip from 11.3% to 7.4%, which may be concerning except for one thing.

He still wasn’t chasing bad pitches. His discipline at the plate isn’t quite elite, but it is solid. He was 56th out of 205 hitters (400+ plate appearances) with a 27.9% chase rate on pitches outside the zone. Putting that in perspective, he was above the likes of Ronald Acuna, Kyle Tucker, Carlos Correa, Freddie Freeman, and more. In 2021? He was 21st out of 188 qualified hitters (that IS elite).

India has shown himself to be a solid hitter who doesn’t beat himself. 2022 can be chalked up to a player who was constantly dealing with injury throughout the season. He is still a solid hitter, great baserunner, and will be batting near the top of the order for a long time to come.

This is the second of many in a series to get the Cincinnati fan base hyped about the future. We are fans of the first professional team in all of baseball. Bright days are ahead, and India is one of the bright spots. Don’t lose faith, hope, or anything in between. This team has talent from the Major League roster all the way down to rookie ball.

Cincinnati Reds baseball is coming back in a big way. Stay tuned. 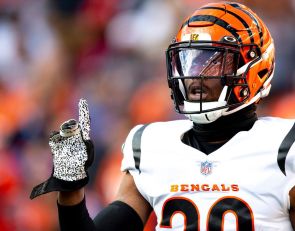