After loitering near the bottom of the MLS in its first three seasons, FC Cincinnati was one of the revelations of the 2022 season. The team finished fifth in the Eastern Conference, earning 49 points — more than the previous two seasons combined — before being eliminated in the conference semifinals.

One of the main catalysts for Cincinnati’s ascension: star striker Brandon Vazquez.

After only notching six goals during the 2020 and 2021 campaigns, the 6-foot-2 striker found the back of the net 18 times in addition to eight assists during the regular season, leading the club to its first ever playoff appearance.

Despite his breakout season preceding the World Cup and the United States having a clear need for scoring at the striker spot, Vazquez was omitted from manager Gregg Berhalter’s plans. With Berhalter currently out of contract, it seems Vazquez, a mainstay of the Americans youth national teams in his younger days, is set to take his first step towards the senior squad, with the 24-year-old being included in the United States January camp led by assistant coach Anthony Hudson. Vazquez can potentially earn his first United States cap against Serbia on Jan. 25 and Colombia on Jan. 28.

Technically still a dual-national with eligibility to play for Mexico, it seems Vazquez is destined to wear the American kit, saying “nobody’s called” in a recent article on the MLS official website. In the same piece, he expressed his desire to play for the United States.

“I mean, growing up with the national team, and then seeing other teammates get the opportunity and thriving with the men’s national team, and not being there, sometimes I compare, you know? So I always wish I’m there, too. I’ve been wanting to get there for a long time,” said Vazquez, who shared the field with current stars such as Christian Pulisic and Tyler Adams during his younger days.

The United States striker dilemma never shone more brightly than in Qatar. The trio of Josh Sargent, Haji Wright and Jesus Ferreira combined for a single goal during the United States’ run to the Round of 16. The lone goal was a miraculous flick by Haji Wright which can be argued to be more luck than skill.

In addition to the trio brought to the World Cup, Berhalter controversially omitted 20-year-old Ricardo Pepi, who has six goals in 11 games for Groningen in the Eredivisie —the Dutch top division — and Jordan Pefok, a 6-foot-3 striker who has been a crucial piece for a Union Berlin team that has surprised the Bundesliga, currently sitting at fifth in the division.

None of the five aforementioned options have secured themselves as a go-to goal scorer up top for the United States, a hole that has been glaring for the team since Clint Dempsey’s retirement in 2017.

While not a lock to be capable of filling that role, Vazquez was clinical from close range last season, scoring all 18 of his regular season goals inside the box. His aerial ability was top notch, with his six headed-goals tied for the top of the MLS last season.

Vazquez only has one season of elite production, still a relatively small sample size. But his knack for scoring goals was on display. For a United States team that is held back by a lack of killer instinct in front of the net, Vazquez’s potential is not something to take for granted, instead it’s a potential gift that the American’s need to test on the international stage. 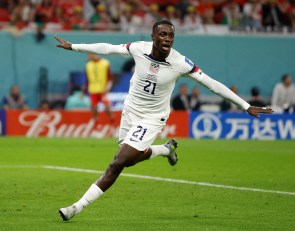 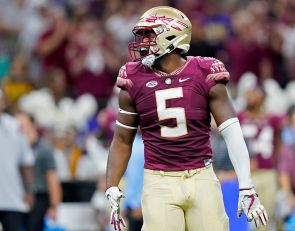