My first lock of the night is Lightweight BJJ specialist Thiago Moises. The former ranked contender was originally scheduled to fight Guram Kutateladze, but instead will now take a step down in competition against late replacement and UFC debutant Melquizael Costa. The fellow Brazilian is a teammate of Charles Oliveira at the ChuteBox gym lead by Diego Lima. Coming from the LFA promotion where he went 1-1 in 2022, Costa is a 26 year old promising prospect with clear UFC potential. However, Moises is simply too much too soon for the young fighter. Having fought some of the best lightweights in the world, including Islam Makhachev, Damir Ismagulov, and Beneil Dariush; Costa should be an easy night at the office for Thiago Moises.

Once again I am banking on the experienced fighter spoiling the debut of the younger newcomer. Brunno Ferreira is an undefeated Brazilian middleweight with a terrifying 100% finish rate. He won his UFC contract on the last season of Dana White’s Contender Series with a brutal KO in the first 90 seconds of the fight. Looking at his record compared to that of the 13-4 Gregory Rodrigues may lead you to wonder why Rodrigues is the favorite. Something you have to keep in mind is who these two were fighting. Ferreira has gone undefeated in the Brazilian regional scene, with his opponents having a lackluster 63-33 combined record prior to his Contender Series fight. Meanwhile Rodrigues has been stacking up wins in the UFC against guys like Chidi Njokuani, Julian Marquez, Jun Yong Park, and Dusko Todorovich. Those four fighters alone had a combined record of 54-14. Ferreira has never been out of the second round and will struggle with the forward pressure and gas tank of Gregory Rodrigues. His only realistic path to victory would be a first round KO, and Rodrigues’ inability to be put away has him in my slip this weekend.

This is my favorite pick of the night, when publicly giving betting advice on the internet I do my very best to pick absolute locks while still finding valuable odds. In my opinion few of the even money fights on this card are locks I’m willing to publicly put my name behind. Therefore a lot of my picks for this card are floating around  -350 odds. So I decided to go against my typical slate of four money line picks and found an absolute lock in Jessica Andrade vs Lauren Murphy under 2.5 rounds. This has hit in each of Andrade’s last five fights, not having seen a third round since 2018. Lock this in as your big money play of the card.

As previously stated, I hate to get into odds as invaluable as -470, but I’m only here to give out locks. There’s not much to get into stylistically here, Magny is a grappler with subpar standup, Burns is a far superior grappler that can also knock you out on the feet. He is better everywhere and the dictionary definition of a lock in this matchup.While some of you will stray away from a -470, I encourage all the parlay players to add a leg for Gilbert Burns, and the high rollers to put a big straight on him as it’s an easy cash. 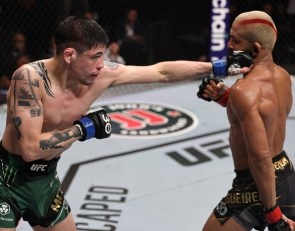 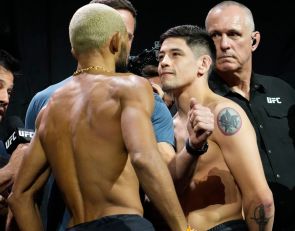 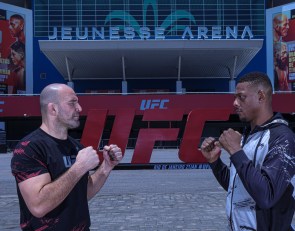