In nine out of the last ten NBA drafts, Scoot Henderson would be the no doubt number one pick. Henderson will be the greatest consolation prize in league history as he’s slated to be a lock right behind Victor Wembanyama for the second pick in the upcoming 2023 NBA Draft. Though the comparisons will rage for most likely their whole careers, Henderson is well on his way to becoming a franchise point guard and one of the best at the PG position when he hits his prime. Let’s take a look at why Scoot Henderson is heralded as one of the best guard prospects in recent NBA history.

Henderson is one of the most athletic guard prospects of the last decade. Standing at 6’2 and weighing 195 pounds, Henderson has developed a strong upper body and a chiseled frame. He’s added strength since joining G-League Ignite over a year ago and has a muscular build from head to toe. Henderson’s physical profile is complete with a 6’9 wingspan and massive hands to palm the basketball with ease.

Henderson fits into the all-time athletic point guard class with the likes of John Wall, Derrick Rose and others. His vertical jump and hang time are unmatched. Henderson is one of those athletes who springs off the floor effortlessly. Henderson also has the downhill speed and acceleration to blow by the entire defense and get to the cup without contest. These athletic gifts shine in transition but can also be found in the half court sets on plays like these.

Seriously, how many 6’2 guards can say they have a vicious poster dunk like this at 18 years old on their career mixtape?

Henderson made this play last year in the G-League. 17 year olds shouldn’t be able to change directions and speeds through traffic and take off for a dunk like this.

There’s no better way to see how Scoot’s incredible athletic gifts impact the game than to watch him drive downhill and finish around the rim. Henderson’s first step burst and quickness in space are unparalleled and he can’t be stopped by the majority of defenders.

Here, Henderson is able to draw a switch off a handoff with his big man. After momentarily backing out to make it a one on one, Henderson dips his lower body into one lightning quick crossover move and easily blows by his man for a layup.

Once Henderson has his feet square to his screener, he’s able to drive right by everyone with a violent first step. This is a true blink and you’ll miss it moment as Henderson completely shifts the direction of his drive in an instant. You can even see the defender who helps at the rim cower in fear as soon as Scoot loads up for an aerial assault on the rim.

In this clip, Henderson isn’t the primary initiator and is playing off the ball. Right off the catch, Henderson puts that insane first step quickness of display, rocketing past his man to get into the paint. Somehow, Henderson finishes with a stupendous up and under layup off the other side of the glass even though he had one foot outside of the paint when he leapt off the floor. Henderson consistently shows beautiful touch at the rim while finishing over long defenders.

In the famed “prospect battle of the century” game versus Wemanyama, Henderson pulled out this from his bag of tricks. Scoot gets a screen to go towards the middle but opts to cross from left to right in order to avoid driving into Wemby. To avoid getting stripped by his on-ball defender, Henderson slinkies the ball through his legs with his right hand. Henderson regains control and sets Victor up with a one-two eurostep (again look where his back foot is when he picks up his dribble) and kisses the ball with his right hand off the left side of the glass.

The reason Henderson doesn’t have an A+ on finishing is for plays like this one. As we’ve seen, Henderson showcases his generational speed with the ball in his hands. Usually, this is an easy finish for Henderson but not this time as he smokes the layup. Plays like this are few and far between but do exist which means Henderson still has room to grow as a finisher. This is by no means a weakness at all, just an area that isn’t perfect.

While Henderson’s explosion off the dribble is a sight to behold, it’s the nuance of his scoring game that makes him a truly special prospect. Henderson scores primarily in pick-and-roll sets where he’ll receive any variation of a screen to get downhill and create an advantage for the offense. As we’ll see from the clips to come, Henderson beautifully synergizes his threat as a scorer (especially in the mid range) with his ability to pass.

This isn’t the most traditional screen and roll play ever but it shows how Scoot can create his own shot with defenders draped around him. Seeing the aggressive ball screen coverage coming, Henderson rejects the screen and drives right. After an insanely quick first couple of steps, Henderson is able to slow down his pace to manipulate the screeners defender for just a moment. This small hesitation gives Henderson a lane to attack and explode once again to the bucket. Henderson completes the pretty play by finishing through the contact of a completely vertical defender and scoring at the rim.

The great equalizer for most small but athletic guards is a lethal mid range jumper. The likes of Rose and Wall developed this early into their NBA careers. Scoot Henderson has a deadly pull-up jumper before he’s even played one NBA game. In the above clip, Henderson baits the dropping big man and on-ball defender with a slight step back move and drains the shot.

Watch any number of Scoot Henderson games and it becomes clear that this mid-range jumper is the bread and butter of his scoring game. He can rise up and hit these shots in isolation too but the majority of his pull-ups come when the defense offers him that shot instead of a clear drive to the rim.

Perhaps the most notable weakness is Henderson’s game comes when he relies on shooting his pull-up jumper rather than attacking the rim. Henderson is a more talented slasher than shooter so any time he’s taking a difficult pull-up, he’s bailing out the defense. It’s better for Henderson to put defenses into a bind by attacking the paint and either score if possible, draw a foul or make a pass to an open teammate off his dribble penetration. In all honesty, Henderson will almost certainly be able to clean this up in short order given the strides he’s made in between G-League seasons. 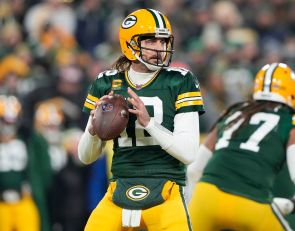 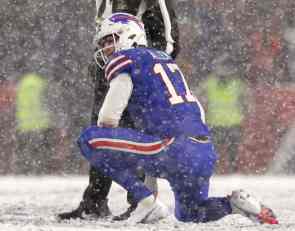