Formed in 1970, the Los Angeles Clippers have a notoriously mediocre history. Nothing personifies that more than the lack of playoff success. In 53 seasons, the Clippers have only made the playoffs 16 times and before 2020, they had not even made the conference semifinals. They still have not made the finals, much less win the whole thing.

The last 11 years have been the golden age for Clippers basketball. Vinny Del Negro took over as the team’s head coach in 2010. Unfortunately for Del Negro, in his first season as the coach, Blake Griffin missed his entire rookie season. However, help was on the way. During the 2011 lockout, the Clippers acquired All-Star guard Chris Paul from the then New Orleans Hornets.

Paul’s effect was immediate. There was a sophisticated nature to the franchise for the first time. They were a legitimately dangerous team for the first time in a long time. “CP3” was the missing piece to a talented, young team. The Clippers had arrived.

They gained the nickname “Lob City” due to Paul consistently finding Griffin and his frontcourt mate, DeAndre Jordan, on insane lob plays. It did not contribute to playoff success. In Del Negro’s third season as the coach, the Clippers won a franchise record 56 games. In the playoffs, the Clippers won the first two games of their opening round series against the Memphis Grizzlies. The Grizzlies would go on to win four in a row to knock Los Angeles out of the playoffs. Del Negro was fired after three seasons and ultimately was replaced by Doc Rivers.

Los Angeles would continue to win games and lose in the playoffs. They won 51 or more games the first four seasons under Rivers, but never once advanced past the second round of the playoffs. Rumors about locker room issues surrounding Paul and others in the building began swirling and in 2017, the “Lob City” era officially came to an end.

In June, the Clippers traded Paul to the Houston Rockets for a first round pick, Montrezl Harrell, Patrick Beverley, Lou Williams, and four more players. Seven months later, the Clippers traded star Griffin to the Detroit Pistons for two draft picks, Tobias Harris, Avery Bradley, and Boban Marjanovic. To bookend the year of resetting the team, in June 2018, Jordan opted out of his contract with the Clippers. The pillars of the franchise for the better part of the last decade were gone. The assets acquired in these trades formed a nucleus that would lead the franchise into the next phase of Clippers basketball.

The “Lob City” era was deemed a massive failure by just about everyone. The faces of the franchise had moved on with nothing to show for it. It was time for massive change. Using the assets they acquired through the trades of Paul and Griffin, as well as their own draft choice of Shai Gilgeous-Alexander, the Clippers traded for Paul George and signed Kawhi Leonard.

With the amount of hype surrounding this new-look Clippers team, expectations were extremely high. They looked like they were about to do the unimaginable in Clipperland. They were the two-seed in the Western Conference and title hopes were high. Then, Covid-19 happened. As NBA teams were considering heading to Disney World to participate in the bubble, the Clippers, and Los Angeles Lakers voted to end the season. Overridden in the voting, the NBA went ahead with the bubble. The Lakers went on to win the championship. The Clippers, on the other hand, blew a 3-1 lead in the second round against the Denver Nuggets. Changes needed to be made. This was unacceptable. The Clippers eventually fired Doc Rivers following the debacle in the bubble.

"They're excuses for a Clippers team whose stars didn't deliver in the biggest moments, whose coach once again blew a 3-1 lead, whose role players think they're better than they are & for a team that wildly underachieved & had their season end in total disgrace." — @getnickwright pic.twitter.com/FpblOvgth9

Doc Rivers coached an underwhelming seven seasons in Los Angeles. In those seven seasons, the Clippers finished with a winning record in every season and only missed the playoffs once. Like Del Negro before him, Rivers failed to advance to the conference finals. He failed to capitalize on the talent that the Los Angeles Clippers had. He was let go in September 2020, and he was replaced by Tyronn Lue.

After more roster and coaching turnover, the Clippers came into the 2020-21 season with, you guessed it, high expectations. The regular season went well, as expected, and in the playoffs, they would face their biggest test yet. Facing the top overall seed, the Utah Jazz, the Clippers fell down two games to zero. In a sign that the Clippers may have their guy at head coach, they fought back where past teams would have folded. They won two straight to tie the series at two apiece. However, in classic Clipper fashion, it came at a cost. Kawhi Leonard tore his ACL in game four and would miss not only the end of the playoffs, but the entire next season. They would win the series and head to their first conference finals in franchise history, but Leonard’s injury loomed large.

In the 2021 season, they played admiral without Leonard. Paul George only played in 31 regular season games as well. They put themselves in the play-in tournament despite all the injuries and right before their play-in game against the New Orleans Pelicans, it was announced that George had Covid-19. They would lose the game and their season was over.

Over the last 12 years or so, the Clippers have had good coaches, good players, good teams. They have put themselves in positions to win championships. Injuries, bad luck, and “choking” seem to pop up in some way, shape, or form every spring. Will it ever click for the Clippers? The answer remains unknown, but history is not on their side. 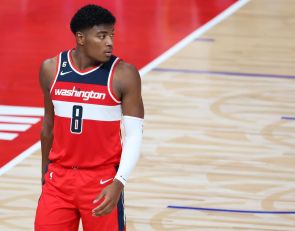 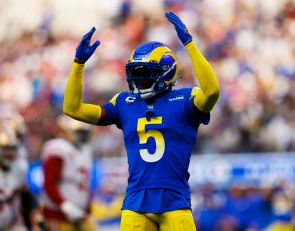 How The Los Angeles Rams Can Avoid Further Deterioration