The UFC returns after a week off to the Amway Center in Orlando, Florida. The main event features a Welterweight matchup between Stephen “Wonderboy” Thompson against Kevin Holland, who is returning from a very short hiatus. This stacked card also features top contenders in matchups that could determine their future in the division.

In the Main Event of the evening, Stephen “Wonderboy” Thompson tries to snap his losing streak against Kevin “Trailblazer” Holland. This fight has the potential to be the fight of the year, with two of the most entertaining strikers who won’t be afraid to mix it up. Thompson is 2-3 in his last five, with back-to-back losses to top contenders Gilbert Burns and Belal Muhammad. Thompson is known for his excellent striking ability and is looking to get past the six-inch reach advantage of Holland to get back to his winning ways. After his dominant loss to Khamzat Chimaev, Holland shocked the MMA world with a sudden retirement. That retirement didn’t last long though, as he jumped on the opportunity to take on Thompson, and he now has a great opportunity to avenge his last loss and make a name for himself in the Welterweight division.

My pick in this striking duel that, I believe, is sure to be the fight of the night is Stephen Thompson. Although Thompson is at a reach disadvantage, I do believe that he is technically the better striker, especially in the kicking game. I think this will be a five round war where each fighter has their moments, but Thompson will do enough to earn the decision victory. Now, if Holland decides to try to make this into somewhat of a grappling match, he could win. I think he is the better grappler, but I don’t see him attempting that more than a few times, and once he fails he will resort back to what he knows best. In the end, the kicking will do enough to counter the reach of Holland, and Thompson will land the more significant strikes to win the fight.

The Co-Main Main Event is another Welterweight contest, where Bryan Barberena looks to defeat Rafael dos Anjos and move into the rankings. Dos Anjos is coming off a knockout loss to Rafael Fiziev his last time in the octagon, and has now been given the perfect opportunity to rebound against the up-and-coming Barberena. The last year has been a great one for Barberena as he is 3-0 in his last three with wins over Darian Weeks, Matt Brown, and most recently a TKO victory over the legendary Robbie Lawler to earn this opportunity. Unfortunately, for Barberena, I believe this is too big of a step-up for him too soon. Although Barberena looked impressive in his last outing, Lawler is not the fighter, and while neither is dos Anjos I still believe he has more left in the tank. Only a year ago Barberena lost a fight to Jason Witt who is considered a bottom of the barrel fighter in the division. While dos Anjos was defeating Renato Moicano, who is considered a top contender in his division. Dos Anjos will also not be eager to make this a three round slug fest and will most likely try to take this fight to the ground where he has the significant advantage. As long as dos Anjos doesn’t make this a slug fest and fights the way that benefits him the most, he should have no problem earning the victory and ending the hot streak of Barberena.

In the Flyweight division, ranked contenders Matheus Nicolau takes on Matt Schnell to try and move closer to a shot at the Flyweight championship. Since entering the UFC nearly two years ago, Nicolau is 3-0 with wins over Manel Kape, Tim Elliott, and David Dvorak on his way to the number six ranking in the division. Now he has to take down one of the toughest fighters inside the octagon in Matt Schnell if he wants a shot at a top five opponent. Schnell won’t make that easy, as he had one of the most incredible comeback wins of all time in his last fight against Su Mudaerji and proved he was not to be messed with in the division. As tough as Schnell is, I don’t believe this is a favorable matchup for him and unfortunately will go home the loser. Nicolau is not one to engage in a fire fight, which is where Schnell thrives. Nicolau is by far the more technical fighter, and although he is at a four-inch reach disadvantage he will have the technical striking advantage. He can also compete with Schenll on the ground which allows him to fight more offensively knowing he doesn’t have to be afraid for the fight to hit the mat, and he may even initiate the grappling. These advantages should allow for Nicolau to fight a technical fight and out-point Schnell on his way to a division victory.

Tai Tuivasa takes on Sergei Pavlovich in a fight that could mean more for the future than any on the card. In his last fight, Tuivasa’s five fight win streak was broken by top contender Ciryl Gane. Before that fight he had finished five straight opponents, most impressively knocking out the knockout artist himself Derrick Lewis. What impressed me more than the win over Lewis, was the loss to Gane. No analyst was giving Tuivasa much of a chance to defeat Gane, and although he didn’t, he did something that not even the believed hardest hitter in the division, Francis Ngannou, could do, which was knock him down. Tuivasa also proved he had one great chin, as he took a beating in that fight and was able to stay standing until the referee stopped it in the third round. Pavlovich is definitely not a pushover, though. In his most recent fight, he also holds a victory over Lewis and is on a four fight win streak since losing his debut to Alistair Overeem. Now he looks to crack into the top contender status with a win over the highly regarded Tuivasa. Quite honestly, I think oddsmakers are disrespecting Tuivasa by making Pavlovich a 2-1 favorite. Pavlovich has been impressive, but there are definitely weak points to his game, especially his defense. I believe that round one will be a slug fest where both fighters have their moments. Eventually Tuivasa will land the fight-ending blow in the second round and cement himself among the top of the division.

Another fight that could have very well been the main event on a different fight night, Jack Hermansson takes on the fast rising Roman Dolidze. Hermansson was supposed to be taking on Derek Brunson in this bout, but Dolidze had to come in as a short notice replacement. In his last outing, Hermansson took on another short notice competitor in Chris Curtis and was able to win that fight by striking from range and using his size advantage to keep the fight at his distance. Now he goes against Dolidze who is much bigger than Curtis, and he may need to be ready to engage in a fire fight. In the other corner, Dolidze is riding a three fight win streak and has looked like a force to be reckoned with during it. In his last two fights he has obliterated Kyle Daukaus and Phil Hawes with his incredible power and is looking to do the same to Hermansson. To me, this feels like one of those breakthrough fights in a division that needs a new contender. I’ve always been a fan of Dolidze and I believe this is the moment that will define him as a contender in the division. Dolidze is going to be able to close the distance much better than Curtis did and should force Hermansson to be more aggressive. I don’t think Hermansson will be prepared for the powerful striking style of Dolidze after coming off a camp centered around Brunson. Eventually, I believe the pressure of Dolidze will be too much for Hermansson to handle and Dolidze will crack the chin of his opponent and win his fourth straight fight.

The first fight of the main card is a Middleweight bout between Eryk Anders and Kyle Daukaus. Anders is looking to rebound after back-to-back losses and only has one win in his last five fights, he is in dire need of another win. He has been given the opportunity to do that against Daukaus who is also coming off a loss in his most recent appearance and is looking to add another submission win to his resume. Although I do believe Daukaus will win this fight, I don’t believe that it will be a submission. I think that Anders will look good early, but eventually the pressure of Daukaus will allow him to get this fight to the ground where he has the advantage. Daukaus should be able to control the fight on the ground with superior wrestling and submission attempts. As someone who specializes in the D’arce choke I imagine we will see him attempt it at least once, but I don’t think it will be successful. I do believe his ground control time will be enough to earn a decision victory and rebound from his loss to Roman Dolidze. 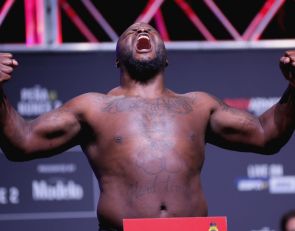 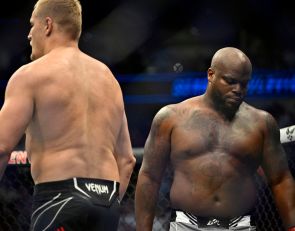 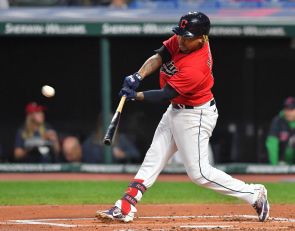