Former two-time UFC Bantamweight Champion TJ Dillashaw has officially retired from the sport of MMA. To many, Dillashaw will be remembered as a drug cheat and a snake. To others, he will be remembered as the greatest Batanmweight of all time. I will be highlighting both the highs and the lows of Dillashaw’s illustrious, but polarizing career.

Dillashaw made his debut with the UFC in 2011, competing on The Ultimate Fighter: Team Bisping vs Team Miller. Dillashaw would officially make his UFC debut later that year on The Ultimate Fighter finale, losing to John Dodson via TKO. He went on to win his next four fights with the promotion, winning two fights by KO, and one by submission. Subsequently, he would get a step up in competition in his next bout against fourth ranked Raphael Assunção. Dillashaw wound up on the short end of a split decision that earned the two a fight of the night bonus.

One year later, in May of 2014, Assunção was set to challenge Renan Barão for his Bantamweight Championship. Dillashaw was scheduled on the same UFC 173 card against Takeya Mizugaki. When a rib injury forced Assunção out of the bout, Dillashaw was moved up to the main event and challenged Barão for his title. Entering the fight as a +575 underdog, Dillashaw would shock the MMA world and betting faithful. Dillashaw dominated Barão, who at the time was the third ranked pound for pound fighter in the UFC. After outclassing Barão all the way into the championship rounds, Dillashaw knocked the champion out with what would become his signature ducking roundhouse headkick. A perfect cap in the feather of what was at the time maybe the biggest upset in UFC history.

Joe Rogan’s comments in his post-fight interview of Dillashaw perfectly put into perspective the magnitude of the victory, saying: “That was the greatest performance I have ever seen in my life! You surpassed all expectations tonight with this performance. This was just stunning. This was incredible. TJ, this was one of the finest performances I have ever seen.”

RETWEET if you watched this epic fight

Dillashaw would go on to successfully defend his belt twice. Finishing Joe Soto with another fifth-round head kick KO in his first title defense. Then, rematching Renan Barão and once again finishing him with strikes, cementing himself as one of the best pound for pound fighters in the sport. Dillashaw’s would-be third title defense was against the only other realistic option for Bantamweight GOAT, Dominick Cruz. Cruz was coming in off the back end of an 11-fight win streak, spanning over both the UFC and WEC. Once again, Dillashaw would lose an extremely close split decision in a fight of the night awarded effort. Rather than an immediate rematch with Cruz, Dillashaw’s road back to the title would begin against the other man he dropped a split decision to, Raphael Assunção. Dillashaw would be clear and convincing in victory this time around, winning all three rounds on all three judges’ scorecards.

In January of 2017, following another dominant unanimous decision victory over John Lineker, the UFC announced that Dillashaw would be one of the coaches on the upcoming season of The Ultimate Fighter. He would be opposite Bantamweight Champion, and former Team Alpha Male teammate, Cody Garbrandt. The two would eventually fight for Garbrandt’s belt at UFC 217, and it was clear the long lead up to the fight, as well as the back and forths on TUF, had gotten in the champion’s head. Garbrandt was emotional in the build up to the fight, and although he fought well, he fought emotionally. He badly hurt Dillashaw at the end of the first round, knocking him down with a huge right hand. Dillashaw was in every sense of the term, saved by the bell.

Garbrandt opened the second round cocky, showboating and talking to Dillashaw. Less than two minutes into the round, Dillashaw dropped Garbrandt with his patented ducking roundhouse. Halfway through the second round, Dillashaw floored Garbrandt once again, this time with a nasty three-hook combination hidden behind a sneaky angle change. One of the most picturesque finishing sequences in a UFC title fight. Unlike Dillashaw, Garbrandt was awarded an immediate rematch against the new champion. This time TJ finished him even faster, without any early scares. Knocking Garbrandt out with a barrage of punches and knees up against the fence four minutes into the first round.

THIS is how @TJDillashaw defended his belt last time out! pic.twitter.com/NW0HiuMlIE

Following his back-to-back ‘performance of the night’ finishes of Cody Garbrandt, Dillashaw had his sights set on champ-champ status. Rather than going up a weight class, Dillashaw had stated that he planned to go down to Flyweight, beat the champion Henry Cejudo, and erase the weight class he deemed irrelevant. TJ would eventually eat those words 32 seconds into the first round of the fight, when Cejudo TKO’d him with a lethal explosion of punches and ground strikes. Just two months later, Dillashaw would relinquish his Bantamweight Championship after USADA and NYSAC discovered adverse findings following the bout with Cejudo.

On April 9, 2019, it was officially announced Dillashaw had received a two year suspension from USADA for testing positive for EPO prior to the Henry Cejudo bout. The former champion would acknowledge his use of the banned substance with an Instagram post. Writing that the decision was his alone, and that what he “felt really bad about”, was the bad light he brought upon his coaches, family, and teammates by association. He also made it clear that his use of the substance was limited to only the Cejudo fight, and that USADA had retested samples from all his prior drug tests.

Following his two-year hiatus, Dillashaw would return to competition on July 24, 2021, headlining a fight night main event against Cory Sandhagen. The bout was labeled a number one contender fight by Dana White, and was one of the most anticipated non-title fights of the year. The anticipation delivered a competitive fight of the year contender, and after two years outside the Octagon, TJ Dillashaw had a win under his belt. For the first time in his career, he found himself on the winning end of a controversial split decision. Dillashaw suffered a knee injury from a heel hook attempt from Sandhagen in the first round that would keep him out of action for another whole year.

Upon his return, Dana White kept his word and gave him his title shot against Aljamain Sterling. Dillashaw would attempt to become the first ever three-time UFC Bantamweight Champion, facing Sterling at UFC 280 in October of this year. During the first grappling exchange, just 30 seconds into the fight, Dillashaw’s shoulder had clearly become compromised. Jon Anik even commented that he appeared to be trying to pop his own shoulder back into place in the middle of the round, with Sterling on top of him. He was somehow able to survive for the entirety of the first round, while injured in bottom position. After failed attempts from his corner to get his shoulder back in socket, he was promptly taken right back down to begin the second round.

He would eventually be TKO’d to ground strikes with a minute remaining in the round. In his post-fight interview, Dillashaw would apologize to the rest of the Bantamweight fighters for holding up the division and taking a title shot while injured. He claimed the same shoulder had been dislocating on him all training camp, but chose not to disclose the injury because he knew he may not get another shot at the belt, and he had to take it. On December 5, 2022, Dillashaw was removed from the UFC Roster after notifying the company of his retirement.

TJ Dillashaw has the resume of the Greatest Bantamweight of all time. He passes the eye test for the skillset and performance of the Greatest Bantamweight of all time. However, his legacy is tainted, and no matter how many times you rewatch the highlight reel, that fact will never change. Mixed Martial Arts is based on respect for your opponent. Creating an un-level playing field is the greatest disrespect you can show your opponent and peers. It is a disrespect to the sport that I love. However, it is also a disrespect to the sport to dismiss everything TJ accomplished before his shortcomings. 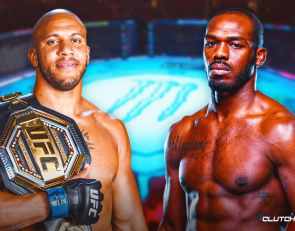