The 5-7 Detroit Lions welcome the 10-2 Minnesota Vikings this Sunday in a big NFC North division matchup. The Vikings can clinch the division with a win, but a surging Lions side will stand in the way. Four wins from their last five games have catapulted Detroit into a manic NFC Wild Card race. After last week’s 40-point demolition of the Jacksonville Jaguars, the Lions feel confident and motivated. So much so that Vegas bookmakers have the Lions as favorites ahead of the game. It feels like a big game for both teams, and a febrile Ford Field awaits them. A Detroit win will send optimism sky-high. Dan Campbell told his team last Sunday that they are in a six-game season. They are 1-0, and here are three keys to making it 2-0.

The Vikings are 24th in pass-defense DVOA and 31st in yards per game allowed. Moreover, Minnesota has surrendered an average of 29.5 points across the last four games. Last Sunday, Mike White threw for 369 yards and was particularly good in the short and intermediate areas of the field. Even though Minnesota played more man coverage in this game, they are still a zone coverage team. That is something the Lions and quarterback Jared Goff can exploit. Goff had an average depth of target of six yards, but was highly accurate on throws ranging from zero to 20 yards. Goff was 22-of-28 on these passes. If Goff stays in rhythm and is accurate in the short passing game, the Lions should get chances to attack. Goff led all quarterbacks in EPA per play for Week 13 and was first in Next Gen Passer Score. The Vikings’ secondary is also 29th in DVOA against number-one receivers. That bodes well for Amon-Ra St. Brown.

St. Brown is in the Justin Jefferson and Davante Adams bracket regarding production against zone and man defenses. St. Brown is also the highest-graded NFC wideout per Pro Football Focus. Add D.J. Chark, Josh Reynolds, D’Andre Swift, and NFL touchdown leader Jamaal Williams, and the Lions boast a multitude of weapons to get after the Vikings. What Detroit cannot afford to do is let up. They are ranked ninth in offensive DVOA for a reason. The Lions’ run game, screen game, play-action pass game, and quick passing games are good enough to disrupt Minnesota. They must push the pace if they get the opportunity and attack the Vikings’ defense.

In the game earlier this season, the Lions quietened Justin Jefferson pretty well. Detroit deployed Jeff Okudah and capped a safety over the top to keep Jefferson in check. However, that opened a new problem as Adam Thielen torched everyone else. Amani Oruwariye, in particular, endured a miserable outing. If the Lions do use the same plan on Jefferson, the other defenders must step up. Thielen is no longer the 2016-17 Thielen, but he is still a threat. As is former Lion T.J. Hockenson. The Vikings are more than Justin Jefferson, and the Lions must be relentless in nullifying threats. DeShon Elliott, Jerry Jacobs, Kerby Joseph, and Will Harris must bring their A games. The Lions play man coverage at the fourth-highest rate in the league; these players need to win their duels with discipline and patience. Since Week Nine, the Lions have been the sixth-ranked defense in the NFL and a staggering third against the pass. When they defeated the New York Giants, Campbell yelled that his defense had come to life. Now, they need to be relentless in everything they do.

The Vikings are the kings of one-score games. They have consistently found a way to win, as they did in Week Three against the Lions. Detroit wilted in the late stages, while Minnesota got better. This game feels like a one-score result, and the Lions need to stay the course and play in the moment. In August, Dan Campbell told his team to dive into deep waters. For all of their flaws, the Vikings have swum in deep waters all season long. But it cannot last forever. In front of a baying Ford Field, the Lions must dive in, stay the course, and eventually drown the Vikings. It will be a day for ice-cool heads and clear thinking. 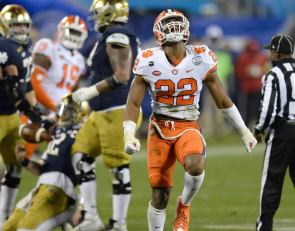 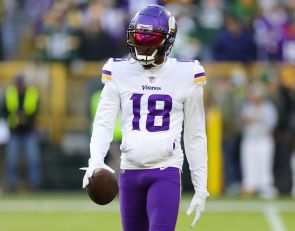