The struggling Blue Jackets head to Pittsburgh to take on the Penguins. Puck drop is scheduled for 7:08 p.m. EST.

The Jackets are off to a horrific start as its 18 points are last in both the Metropolitan Division and the Eastern Conference. Columbus is led in scoring by Boone Jenner with nine goals and Johnny Gaudreau eight goals. The pair also leads the Jackets in points. Gaudreau has registered 26 points in 23 games, while Jenner has notched 18. Columbus has seen three different goaltenders get playing time this season with Joonas Korpisalo and Elvis Merzlikins splitting time as the primary goaltender. Korpisalo is 4-5-1 with a 3.51 goals against average and a .905 save percentage. Merzlinkins is 2-5-0 with a 4.74 GAA and an .864 SV%. The Blue Jackers will get Mathieu Olivier back tonight after he missed will in illness last game.

The Penguins enter tonight playing good hockey as winners of two straight and seven of its last nine games. Pittsburgh has been led by its captain Sideny Crosby who leads the team in goals (13) and points (33). Crosby’s 33 points puts him tenth in the NHL in that category. Jake Guentzel is second on the team in both categories with 12 goal sand 24 points. Evgeni Malkin has also tallied 24 points on the year. Tristan Jarry has been solid once again this season. The 27-year-old has a 10-3-3 record with a 2.86 GAA and a .915 SV% in 16 games. The Penguins are currently battling a team-wide illness with stars Crosby and Malkin both being “likely” to play tonight but remain game-time decisions. Forward Ryan Poehling will miss tonight’s game with an upper-body injury he suffered Saturday.

Pittsburgh has made Columbus the little brother of this supposed rivalry over the year, but especially recently. The Penguins have won 14 of the last 16 meetings with the Jackets including six in a row and one already this season. The Jackets have a record of 2-10-4 in its last 16 games against Pittsburgh. Tonight’s starting goaltenders are Merzlinkins for Columbus and Jarry for Pittsburgh. 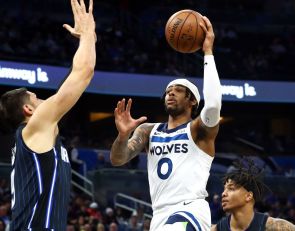