With a squad that lacked proven star power outside of Lionel Messi, even though they were among the tournament’s favorites, there were questions surrounding Argentina’s ceiling before the World Cup. What Messi was gifted was a number of players who surpassed expectations in front of the eyes of an adoring nation en route to a championship.

As in any World Cup, a number of players displayed incredible talent, growing their reputation. Here is a potential starting lineup of players who impressed beyond original expectation, including a trio of players from the eventual World Champions.

Julián Álvarez, Forward, Argentina: The 22-year-old Argentine forward arrived at Manchester City in the summer after staying on loan at River Plate until the end of the season following a January transfer that cost the Citizens £14m. After the World Cup, that price tag seems to be one of the biggest bargains in recent memory. Smashing home two goals in the semifinal win over Croatia and four for the tournament, Alvarez has shown star ability. One of the concerns with this Argentina side was attacking star power outside of Messi, but it was found in a spot most of us didn’t expect.

Cody Gakpo: Forward, Netherlands: Cody Gakpo came into the tournament in great form, netting nine goals and registering 12 assists in 14 appearances for Eredivisie side PSV Eindhoven. Still, the Dutch attack was expected to run through Memphis Depay, who contributed to 18 goals in qualifying. That assumption was incorrect, as Gakpo would wind up being the standout performer for the Netherlands. The 23-year-old scored in all three group games, showcasing his pace and ability to drive with the ball at his feet. Gakpo may capitalize on those performances by getting a move at club level as soon as next month, with Manchester United heavily interested in signing the youngster.

Jamal Musiala, Midfielder, Germany: We knew Jamal Musiala was slowly ascending to stardom, already accruing 15 goal contributions in the Bundesliga with Bayern Munich this season. But did we know he was already there? I’ll be honest, I think I underestimated the level he was already at. Although Germany may have exited in the group stage, Musiala was sensational and his performance against Spain, a team heralded for its young talent, showed at 19-years-old he’s a step above. Don’t be shocked if he’s one day a consensus top-five player in the entire world.

Yunus Musah, Midfielder, USA: Fans of the United States men’s national team already knew of Musah’s talent, but the World Cup was where he truly made a name for himself. The midfielder proved that age is just a number, as his ability to control play and get the United States moving on the counter attack was evident in all four of their matches. At the age of 20, the expectation is that Musah could make a move from Spanish side Valencia to a big European club in the near future. With the next World Cup coming to the United States, the central midfielder has the talent to be one of the best at his position in four years time.

Enzo Fernández, Midfielder, Argentina: After a string of impressive displays, the 21-year-old Fernandez was named the best young player of the tournament. Before the first kick, not many knew what to expect from the midfielder who had yet to make a start for the national team. What he gave was a consistency and a presence well beyond his age. From his beautiful curling goal in the second group stage game against Mexico to a sturdy performance against Croatia in the semifinal, The Benfica midfielder looks the part of a national team mainstay and should have a transfer to a bigger club in the near future.

Sofyan Amrabat: Midfielder, Morocco: The Moroccan national team had an incredible run at the World Cup, and one of the many reasons why was due to the play of Sofyan Amrabat. His ability to stay calm under pressure and stop the opposition from pushing the ball forward helped Morocco control the game in the midfield. Amrabat is now 26-years-old, looking for his big move as clubs look for a dominant presence at the six. The defensive midfielder has done well at Italian side Fiorentina, but it will only be a matter of time before a Champions League club signs Amrabat.

Pervis Estupiñán, Defender, Ecuador: Despite failing to get out of the group, Ecuador showed they have the talent to compete some of the best teams in the world. They may be young, but that did not stop them from playing on the front foot against the likes of the Netherlands and Senegal. Enner Valencia will be remembered for his goals at the competition, however Pervis Estupiñán was a standout player for Ecuador as well. The full-back was strong in his defensive actions, and his ability to influence the game in the attack gave the team another weapon. Estupiñán has done a brilliant job replacing Marc Cucurella at Brighton & Hove Albion, with the 24-year-old already making eight Premier League starts. Expect to see him flourish at the English club for the foreseeable future.

Nahuel Molina, Defender, Argentina: The Argentinian national team was led by the Lionel Messi at this tournament, but the supporting cast improved, game by game. Nahuel Molina deserves a ton of credit for the way he played as the starting right back. The 24-year-old took every opportunity to support the attack from a deeper position, which resulted in him scoring the opener against the Netherlands in the quarterfinals. His play at the World Cup probably won’t result in getting a move, as the defender recently signed a five-year contract with Atlético Madrid. If the full-back can continue to develop under the coaching of manager Diego Simeone, Molina should be a nailed-on starter for Argentina in 2026.

Joško Gvardiol, Defender, Croatia: For those who have watched Joško Gvardiol with RB Leipzig, the 20-year-old center back has a presence well beyond his years and it showed at this World Cup. With a goal at the third-place game, he became the youngest Croatian to score at a major tournament, capping off what has been a fantastic run for him. A stalwart in the back and he’s only getting started. As Croatia transitions past the golden generation of Luke Modric and Ivan Perisic, it clearly has a centerpiece for the next group.

Harry Souttar, Defender, Australia: They might not have advanced as far as Morocco, but the Socceroos were a great story in their own right, bowing out to the eventual champions Argentina in the Round of 16. A big reason Australia surprised and made it out of the group stage: Harry Souttar. The 24-year-old from Stoke City may have been a known commodity to those who religiously watch second division British soccer. To the majority of the audience who does not spend Saturday’s watching the English Championship on ESPN+, and presumably fell in love with this squad, Souttar was an easy standout.

Dominik Livaković, Goalkeeper, Croatia: How could you not love Dominik Livaković? For a Croatia team that stood the test for its second consecutive World Cup, finishing in third, the exploits and shotstopping of its goalkeeper was hard to miss. 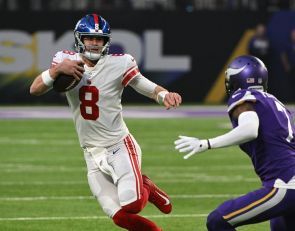 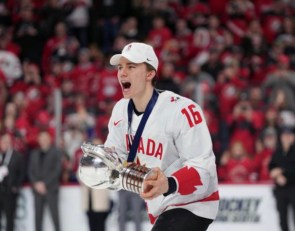