The University of Virginia has canceled Saturday’s football game with Coastal Carolina, the school announced in a press release on Wednesday, in the aftermath of a shooting that took place on Saturday night in a campus parking garage.

The three deceased student-athletes were on a bus returning from a class trip to see a play in Washington, D.C., university president Jim Ryan said. The victims’ names were identified Monday as Devin Chandler, Lavel Davis Jr. and D’Sean Perry. All three are members of the Virginia football team. The names of the other victims have not been released. The two who survived the shooting are receiving medical care, with one listed in critical condition, while the other is in good condition, Ryan said.

Reaction was swift, both from UVA to many college athletic programs across the country. On the Virginia campus, students and members of the Charlottesville community left cards and notes in memory of the victims.

On the @UVA campus today students and community members are leaving flowers and notes @UVAFootball stadium in memory of the three student athletes murdered at the university Sunday night. @fox5dc #UVAStrong #uvafootball pic.twitter.com/FJYtoxk3X1

Devin Chandler, a transfer from the University of Wisconsin, was remembered by Badgers head coach Jim Leonard who posted a tribute on his Twitter account.

Once a Badger, Always a Badger. pic.twitter.com/rQ5MdPgjzV

Fellow teammates posted to their social media accounts both shock and sorrow, saying they were “as good as men as they were athletes”.

Saturday’s game against the Chanticleers was set to be senior day and the final home game of the season in Charlottesville. UVA said Wednesday that it had not decided if it would play the final week of the season against rival Virginia Tech, and that a decision to play that game would be made at a later date. 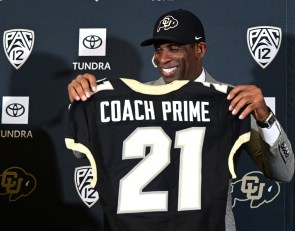 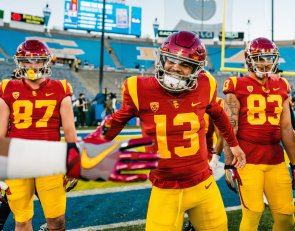 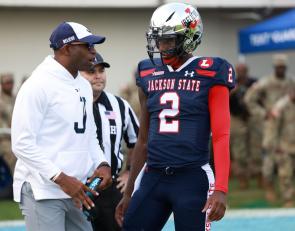 Shedeur Sanders Will Win The Heisman Trophy At Colorado