It was a week filled with some not so great quarterback play from some teams, but plenty of great play from running backs. As some teams continue to separate themselves from the rest of the league it continues to provide great matchups all around. NFL analysts Marissa Myers, Logan Fulmer, Matt Levine, Isaac Nelson, and Andrew Little give the top five games of Week Eight.

Thursday Night Football in Week Eight we saw the Ravens traveling to Florida to take on the Tampa Bay Buccaneers. The game started strong for the Buccaneers’ defense as they forced a punt, but the special teams unit for Tampa Bay was not quite on that level as they muffed the punt, giving the Ravens excellent field position. The defense still held up for Tampa Bay as they forced a field goal, and on the Buccaneers opening drive they were able to score. The beginning of this game was exciting, but following the rest of this half it did get a bit slower for the offenses. On their second drive, the Buccaneers were able to score a field goal, but no other points were scored in the half. The second half though, looked electric, especially for the Ravens. As they were down, the Ravens offense scored on every drive in the second half. It started with three straight touchdowns, all from different players. Tight end Isaiah Likely stood out in this game for Baltimore, along with the entire Ravens offense in the second half. The Ravens defense looked great the remainder of the game, too. They gave up a couple of field goals until the Buccaneers’ final drive, when they tried to play catch up and scored a touchdown on a pass from Tom Brady to Julio Jones. The Buccaneers tried to keep the game and drama alive with an onside kick, but it was unsuccessful, and the Ravens knelt to end the game with a win. (Isaac)

The headline coming into this game was rookie quarterback Malik Willis making his first NFL start. Willis was one of the most polarizing prospects in the draft, and all eyes would be on him for this game. Even though he was the focus coming in, he was not what people were talking about once the game was over. This game was DOMINATED by none other than Derrick Henry. Henry ran 32 times for 219 yards and two touchdowns. In this game Henry became the Titans all time touchdowns leader, passing Eddie George with 75. He also posted his fourth straight 200-yard game against the Texans. Essentially, Derrick Henry was the reason the Titans were able to defeat the Texans 17-10. There will be more starts for Malik Willis down the road, but his first will always be overshadowed by what Derrick Henry did on that day. (Logan)

With the division lead up for grabs, the Carolina Panthers and Atlanta Falcons brought their all for this divisional matchup. So much so that the Falcons did something uncharacteristic, they threw the ball to start the game. Throwing the ball early also led to Marcus Mariota throwing an interception on his second attempt. The Panthers couldn’t make anything of it, and it looked as if it was going to be a low scoring game as it was 3-0 to end the first quarter. That was until the second quarter which opened up with a Kyle Pitts touchdown, yes a touchdown to Kyle Pitts. The Panthers would respond with a score as P.J. Walker established the connection again to D.J. Moore, leading them down the field for a D’Onta Foreman touchdown. The fourth quarter saw the Panthers and Falcons score five times, and it looked as if the Panthers were going to seal the game with a 62-yard touchdown pass from Walker to Moore with 12 seconds left to tie the game 34-34. An unsportsmanlike conduct penalty on Moore after the score would lead to the Panthers missing the extra point and the game going to overtime. The overtime period would see Mariota throw his second interception on their first drive, and the Panthers missing a field goal on their drive. The Falcons’ second drive though would have the game winning field goal set up by Mariota rushing for 29-yards. It was a back-and-forth game that saw both offenses make big plays on the ground and through the air. (Marissa)

The New Orleans Saints claimed their third victory of the season by shutting out the Las Vegas Raiders 24-0. It was an impressive showing for New Orleans, especially on the defensive side of the ball. Las Vegas looked inept the entire game, and this loss has added to their poor season so far. They will need to regroup quickly if they want to turn their season around. This game looked to have the possibility of a shootout before kickoff, but in the end, the Saints were the only team to come marching in. (Matt)

Alvin Kamara is IN!

After a bye week, the one-win Detroit Lions were hungry to get back in the win column at home against the Miami Dolphins. The Lions got off to a hot start, scoring touchdowns on their first three possessions, and forcing a turnover on their first defensive drive. Alas, the hot start was not sustainable into the second half. The Lions did not score a point in the second half, while the Dolphins’ offense engineered two touchdown drives. Tyreek Hill continued his historic start to the season, registering 188 yards from 12 catches. Detroit was in position to retake the lead late in the fourth quarter, but could not convert, losing 27-31. (Andrew)

Jaylen Waddle and the Dolphins strike back 💪#FinsUp 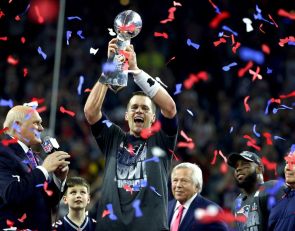 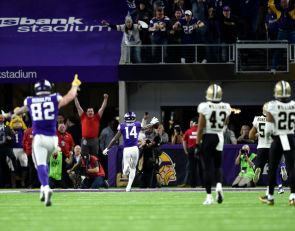