The holiday season is kicking off this week. Thanksgiving always marks the day we all begin listening to our favorite Christmas songs, enjoy family favorites around the kitchen table, and well, indulge in the many holiday treats only this time of year can bring. It’s also a great time to watch a movie.

With family at home more than usual, streaming services and your favorite DVD’s emerge from the collection. On a cold late night of leftovers, or hot chocolate near the fireplace, holiday movie watching is the absolute best on a cold winter evening. Here are five great sports movies to kick back, fire up the flat screen and enjoy.

Released on August 16, 1966, Tin Cup stars Kevin Costner as Roy McAvoy, a legendary “striker of the golf ball” who owns and runs a dilapidated driving range in the dusty, windy, sleepy town of Salome, in West Texas.

“Cup” as he’s affectionately known by locals and his buddies, played college golf at the University of Houston with PGA pro and chief antagonist David Simms, played by Don Johnson. Johnson is part of a stellar cast including Cheech Marin who plays McAvoy’s best friend Romeo, Rene Russo as Dr. Molly Griswold, and several cameos including PGA pros Phil Mickelson, Craig Stadler, John Cook, Johnny Miller, Lee Janzen, Billy Mayfair, Corey Pavin, Fred Couples and Peter Jacobsen. The authenticity of the movie is the golf sequences filmed at a course in North Carolina. With Jim Nance and Ken Veturi in the tower on18. Working the production trailer is Lance Barrow, Peter Kostis, Jimmy Roberts, Brian Hammonds all playing themselves. One great line to pay attention to is Roy talking about the risky nature of his golf game, saying “greatness courts failure”.

Tin Cup is a great sports movie not to be missed.

If you haven’t seen Miracle, you need too. This poignant movie about the 1980 U.S. Men’s hockey team that was sent to the picturesque town of Lake Placid in upstate New York, home to the 1980 Winter Olympic Games. Domestically, 1980 was a tough time in the U.S. with soaring energy prices and long lines at the gas pumps. But for two weeks in February, Americans forgot about troubles at home, and settled in to watch the fortunes of the U.S. Olympic Team.

Team USA in hockey wasn’t given much of a chance to medal. Men’s hockey was dominated by the Soviet Union where professional players were “amateurs” for two weeks. Their sole mission was to bring home another gold medal as the Soviet Union Team would typically make short work of just about every nation. In hockey, the idea of competing with, much less beating them was a pipe dream. With Kurt Russell playing coach Herb Brooks, Brooks would set out to put together a team and a strategy to not just compete, but to beat the Soviets. In Oslo, against the National Team from Norway, Team USA ties Norway 3-3 in an exhibition game. Brooks feels the team isn’t trying and begins to tinker with his roster. After the game, Team USA is back on the ice doing a “bag skate” drill. When they return to the states and begin play, they play in their final exhibition game against the Soviet Union and get destroyed in the process, losing 10-3. From there they would play Sweden, heavily favored Czechoslovakia, and the lesser powers Norway, Romania, and West Germany to earn a spot in the medal round. From there, you know the rest of the story. Al Michaels was on the call along with Ken Dryden. As the clock ticks down to 00:10 left on the clock in the Gold Medal game, Michaels recreates the legendary call, “do you believe in miracles?”.

Herb Brooks, whom Kurt Russell portrays in the movie, would pass away during principal photography. Be sure to note the closing credits.

In 1988, Permian High School was competing for a State Championship with head coach Gary Gaines, played by Billy Bob Thornton, is the driving force behind a team who struggles against the vast talent found in Texas. The movie centers on a trio of players: quarterback Mike Winchell, fullback Don Billingsley, and safety Brian Chavez are the players that the movie is built around, and tells their story that is incredibly personal yet fuels them to win a state championship for Permian.

The magic of Friday Night Lights is crafted around how high school football in Texas is tradition, and family. Players are celebrated, coaches are made deities, and one championship can sustain a town for a generation. As you watch this masterpiece you’ll see how Permian, nicknamed “MOJO” claws its way back to the final few moments of a football game where absolute football nirvana is both close and painfully out of reach, and how small town America finds pride in the team that is the heartbeat of a community.

Friday Night Lights is as good as the book. It’s a special read and an even better experience to watch.

Released on September 9, 2011, Moneyball is based on the 2002 Oakland A’s baseball season. General manager Billy Beane, played by Brad Pitt, is tasked with rebuilding a team to compete not just in the AL West, but to win a pennant and a World Series after a loss to the New York Yankees in the 2001 American League Division Series. With the  departure of star players Johnny Damon, Jason Giambi and Jason Isringhausen to free agency, Beane had to assemble a competitive team for 2002 with Oakland’s shoestring budget. His fortunes and philosophy begin to change after meeting Peter Brand, played by Jonah Hill, a Yale graduate with an economics background and degree who has an unorthodox approach when evaluating players. Sabermetrics, which according to Miriam-Webster, is the detailed statistical analysis of baseball data (as for the purposes of evaluating player performance and developing playing strategies). Sabermetrics posits that “traditional measures like batting average and runs batted in are of limited use in predicting whether a player can actually help win ball games.”

As Beane and Brand begin assembling a team built around their statistical viability to help Oakland win, the very concept is ignored by manager Art Howe, who deploys a traditional method for building his day-to-day lineup. The acquisition of undervalued players such as Chad Bradford, Jeremy Giambi, Scott Hatteberg, and a trade for David Justice are met mostly with ridicule as Howe believes this theory is ruining the A’s organization.

Early in the 2002 season, Oakland found itself 10 games out of first place in the AL West. Beane convinces team owner, Stephen Schott, to stay the course with Brand. To get help on defense, Beane trades Giambi to the Phillies for John Mabry and engineers a trade of potential All-Star first baseman Carlos Peña, to the Tigers, leaving Howe no choice but to use the team Beane and Brand have designed. In three short weeks, the A’s have clawed back to within four games of the lead.

Oakland would win the West, only to wind up losing to the Minnesota Twins in the AL Divisional Series. As far as baseball movies go, this is as good as it gets. It speaks to the underdog who is told you can’t do it. The pace, the strategy, the stories that emerge over a year that touch all the seasons of the calendar. It is special and it is romantic.

Brad Pitt and Jonah Hill deliver an amazing performance about breaking the rules in a quest to remake the game.

Released on November 14, 1986, Hoosiers is inspired by the story of the 1954 Indiana state champions, Milan High School, located in rural southern Indiana.

The cast is solid and has the type of actors who don’t overshadow the roles they play in this film. Veteran actor Gene Hackman stars as head coach Norman Dale. Dennis  Hopper, who was nominated for an Oscar for his role as the town drunk, plays Shooter. Shooter, who was a legend in Hickory, has a son who plays on the team. Actress Barbara Hershey rounds out the cast as Myra Fleener, a teacher who wants local shooting legend Jimmy Chitwood to graduate and get out of Hickory. Eventually, a town vote keeps Dale as head coach, and along with Chitwood, take the small town of Hickory on the ride of their lifetime. It’s worth noting that unlike today where high school athletics is based on student enrollment. In 1954 Indiana it was not. These days, smaller schools compete against other smaller schools, while the much larger ones do the same within their classifications. When the fictional Hickory team gets into the postseason, Indiana had a single state basketball tournament for all its high schools. This practice continued until 1997. In 1954, it served as the backdrop of the quintessential David vs. Goliath showdown, especially when Hickory rolled into Butler Fieldhouse before the championship game.

Few of today’s generation saw Hoosiers on the big screen. That’s truly unfortunate as the cinematography of rural Indiana in the fall is absolutely stunning to the viewer’s eye. It’s a slice of Americana.

As head coach Norman Dale takes the court for the first time, he can hear the fans cheering. He looks up as he makes his way to the court, and says, “Welcome to Indiana Basketball”. A great film for basketball fans, it’s an absolute must watch. 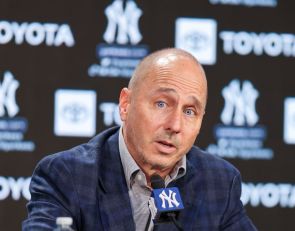