Jacob deGrom, when healthy is arguably the best pitcher in the MLB and some would argue, this decade. But injuries have held back in the past two seasons specially. With the MLB Offseason looming and reports that deGrom is expected to opt out of his current deal and test free agency, the question looms: Will Jacob deGrom resign with the Mets? This would normally be a no-brainer but they’re other players for the Mets that are expected to hit free agency like Brandon Nimmo, Edwin Diaz and Taijuan Walker to name a few who the Mets would love to bring back. Here are three reasons why the New York Mets should not prioritize Jacob deGrom first in free agency.

Many people may not already know this, but Jacob deGrom is already 34. Usually when a pitcher hits the high 30s in age, that is a sign that maybe he’s past his prime. Though deGrom has proven otherwise, that is still cause for concern, especially the injuries. The two-time CY Young award winner has been battling through multiple injuries the past couple of seasons. They have ranged from elbow, to hip, to stress reactions and shoulder injuries to name a few. If I were in the Mets front office, I would really stop and think is it really worth paying deGrom over a $100 million most likely. Again, of course the Mets should consider bringing him back, but his age and injuries really have to be considered in this process of free agency.

If I were in the Mets front office shoes, resign your young stars first! Edwin Diaz should be a no-brainer after the season he had last year. Diaz had 32 saves in the regular season with an ERA of 1.32. That’s just incredible! The Mets would be fools not to bring back especially with how much they traded to get him from Seattle in 2018. The Mets also need to bring back their 2011 first round pick, Brandon Nimmo. Nimmo was finally able to play a full season of baseball and has proven he can be an everyday center fielder for the Mets. Those two players in particular for the Mets are their future, they need to bring them back.

The money that deGrom would want would ideally be in the high $100 million area for five or six years. Can the Mets really make that risk? Maybe they will but it is still a major gamble. Plus, deGrom really struggled to close out the regular season so nobody really knows what kind of Jacob deGrom we will see? The Mets just have to really consider what kind of contract deGrom deserves and if they do pay him, will they have enough left over for their other players and potential free agents. This will be one of the most fascinating off-seasons the Mets and their front office has ever faced. 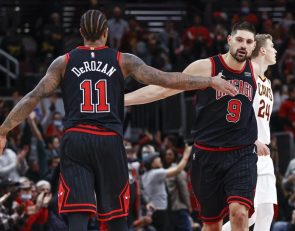 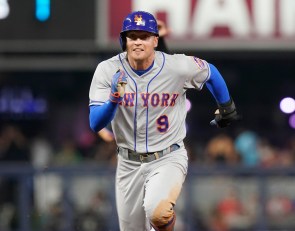