The Brooklyn Nets have been the talk of the NBA for some time. Whether that being drama for star forward Kevin Durant asking for a trade over the offseason, all the unnecessary Kyrie Irving drama, or the in season firing of Steve Nash. However, for once this franchise has made a right move.

Today they decided to take the interim tag off assistant Jacque Vaughn. This comes after much speculation that the franchise was close to hiring suspended Boston Celtics head coach Ime Udoka. However, the team decided that it may be a little too much oil being thrown onto the dumpster fire that the Nets have become over the last year.

This one move is so simple yet shows that the Nets actually do care about public perception. While dealing with all the anti-Semitic rhetoric of Kyrie Irving, did the organization really need to hire a coach that was suspended for inappropriate actions with female staffers? The answer was always a hard no and now the decision has been officially made.

The rumors of Udoka possibly being hired as the team’s new head coach drew major criticism from many around the league and even within the organization. Rumors swirled that high voices in the Nets organization were urging owner Joe Tsai to not go through with the hiring of Udoka.

Vaughan has some experience coaching in the NBA, including taking over as the interim coach of the Nets back in the 2020 bubble season. He went 7-3 during that span and had internal support to becoming the official head coach then before Nash was ultimately hired.

Well Vaughn now has his chance to show the franchise that he can lead this team. It comes during a time of real turmoil, but this is still a team that has every intention of competing for a NBA title this season. The Irving situation still remains but hopefully will be dealt with sooner rather than later. Irving is said to have met with NBA commissioner Adam Silver recently and the two sides had positive conversations.

According to reports, players have bought into Vaughn in his short time so far and that there is a more positive energy level within the locker room. This is a telling sign that it was time to get rid of Nash and bring a new voice in. In a small sample size with Vaughn as the head coach, the Nets have boosted their play on court, and it has started on the defensive end of the floor. This is without some key players but is a very positive sign, nonetheless.

The Vaughn hiring seems like a rare moment of clarity that this franchise hasn’t had in some time. The Nets still have a loaded roster that should be able to compete with the other elite teams in the Eastern Conference. They got the guy to lead the ship and now maybe they can finally focus on basketball rather than off-court issues. 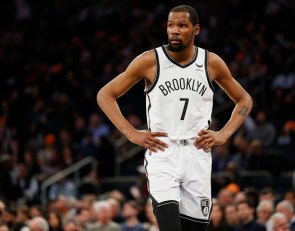 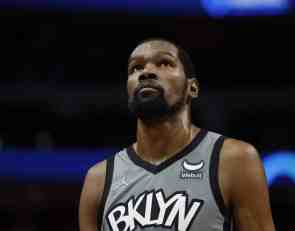 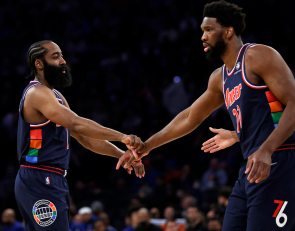