The Blues have struggled to begin the season notching a record of 3-6-0 in its first nine games. St. Louis started the season 3-0-0 but have lost its last six games. The Blues aren’t scoring during its losing streak, either. Vladimir Tarasenko leads St. Louis in goals with four, while Justin Faulk is the only skater in double-digit points with 10. Goaltending has been an issue for the Blues as Jordan Binnington is 3-4-0 with a 3.40 goals against average and an .879 save percentage in seven games. St. Louis will get a boost to its lineup tonight as Brandon Saad is expected to return from an upper-body injury.

Boston lost only its second game of the season last time out against the rival Leafs. The Bruins are 10-2-0 in its first 12 games and have displayed dominance in many of its wins. David Pastrnak leads the B’s in scoring as he has found the back of the net eight times. Pastrnak also leads Boston in points with 19. His 19 points are tied for fourth-most in the NHL. Linus Ullmark has been sensational for the Bruins in net this season. The 29-year-old is 8-1-0 with a 2.16 GAA and a .929 SV%. Boston will also get a boost to its lineup tonight as Craig Smith is set to return from an upper-body injury.

The Blues and Bruins split its two head-to-head matchups last season, but St. Louis took three of four points thanks to an overtime loss in the second game. Binnington and Ullmark are the projected starting goaltenders for the Blues and Bruins tonight. 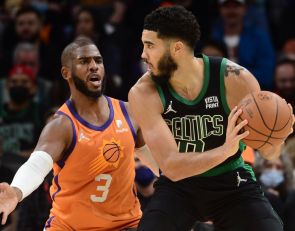 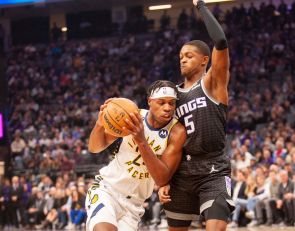