For much of his career, LeBron James has been compared to the greats of the past and rightfully so. Whether that be Michael Jordan or even Kobe Bryant, James is seen as one of the best ever. Yet Bryant and James played against one another for a chuck of their careers, making the debate between the two of them even more interesting.

Surely, we all remember the James vs. Bryant discussions that were had around in the mid-2000s and into the early 2010s. The two were pitted against one another in such a way that when James decided to sign with the Los Angeles Lakers in 2018, you saw Bryant fans angry at that fact.

James recently came a little closer to tying Bryant in championship rings when he and the Lakers won the title in 2020. James would earn his fourth ring, just one behind the Black Mamba. And we all know that in the NBA, rings are a major part of any player vs. player debates.

But what if I told you that the twilight years of James were deliberately being wasted?

The man behind the business side of Kobe Bryant is now the same person who is making the basketball decisions for the Los Angeles Lakers. That man would be Rob Pelinka, the former agent of Kobe Bryant.

Pelinka more than anybody would want to preserve the legacy that Bryant built up. He was his closest friend and Pelinka has talked about how being friends with Bryant was like “having a true superhero as a best friend”.

Even Lakers owner Jeanie Buss has talked about how close she and Bryant were. Bryant meant so much to her as well. Enough to even tweet about him and how he understood team over self during a time where rumors were swirling about James and his level of happiness with the Lakers team decisions.

I miss KB. He would understand and explain everything that I’m not allowed to. Honestly he was the greatest Laker ever. He understood team over self. Meaning your rewards would come if you valued team goals over your own then everything would fall into place. All can reply.

Let’s also not forget about the elephant in the organization that is Phil Jackson’s presence looming over the team. The former Lakers coach is still involved in some capacity and has the ear of Jeanie Buss. It has been public knowledge for a while that Jackson and James don’t like each other. Maybe that could be another voice pushing for the salvation of Bryant’s legacy over James.

I know what you may be thinking but just look at the roster that Pelinka has put together around James of late. Since James entered the NBA back in 2003, the formula to building a team around him for success has been simple. Defense and three-point shooting.

Last season, the Lakers went out and traded key role players in the 2020 title for Russell Westbrook, who was a bad fit around a player like James. While James did advocate for Westbrook, Pelinka should have known better. He is the decision maker and it blew up in everyones face. Even if you want to give him a pass for last year, what he has put around James for this current season adds fire to the flame.

The current version of the Los Angeles Lakers has a clear lack of shooting on it. It’s extremely guard heavy and with essentially no wing-depth, it’s hard for the team to play defense against some of the league’s best. Now is this the type of roster that you put around James if you really are trying to win a title? Not at all.

Pelinka talked about how he will be the “caretaker” of James’ legacy but his actions and decisions completely go against what he has said publicly. It’s a weird situation because everyone around the NBA knows what it takes to win with James on your team. Or at least, it seems everyone other than the one team that James actually plays for.

Rob Pelinka had said in the summer he will be the "caretaker of LeBron's legacy".
pic.twitter.com/lW1X4k6qei

James isn’t getting any younger and is in the midst of his 20th season in the NBA. He likely has another two seasons at the top of his game before any drop off occurs.

This may be a bit of a stretch when it comes to tinfoil hat theories but one that could make some sense. Ironically, behind the scenes the two star players in James and Bryant were closer than many realized. But the media and those in the circles around the players, kept this narrative going strong.

Both are two of the greatest players to ever put on a NBA jersey and like many aspects of sports, the debates make things extremely interesting. 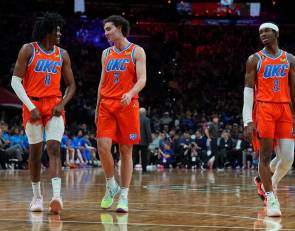