We are officially through the halfway point of the NFL season. In golfing parlance, we are on the back nine. Week Nine was wild, full of upsets and stellar performances. It is time for Tayyib Abu and Marissa Myers to give their weekly stock report.

It was not pretty, but Tom Brady got the job done by the time the clock hit zero. The legend dragged the Tampa Bay Buccaneers to a gritty 16-13 victory over the Los Angeles Rams. Brady struggled for most of the game. Tampa had nine points on the board before Brady got the ball back with 44 seconds left on the clock. The future Hall of Famer’s powers may be waning; nevertheless, Brady still demonstrated his timeless brilliance in game-winning situations. The 45-year-old completed five passes as he marched the Buccaneers into the end zone for the game-winning score. It was the 55th game-winning drive of Brady’s career. And it resuscitated the Buccaneers’ season—two-minute drills and Tom Brady, a better combination than peanut butter and jelly.

If you could buy stock in any NFL player, purchase stock in Justin Fields. Fields is in red-hot form right now. Fields is starring as a runner in particular. On Sunday against the Miami Dolphins, Fields rushed for 178 yards-the most of any quarterback in the Super Bowl era. Fields was lethal with his feet. Dolphins head coach Mike McDaniel implored Fields to stop scrambling and rushing. Fields declined as his incredible athleticism stole the show at Soldier Field. Courtesy of Next Gen Stats, Fields posted three of the 10 fastest ball carries in Week Nine. No wonder Detroit Lions head coach Dan Campbell put his beer down when he saw Fields’ stat line.

It was a banner day for the Detroit Lions’ young defenders. Rookie safety Kerby Joseph picked Aaron Rodgers off twice and had three pass deflections on Rodgers. It was Joseph’s statement game, and he announced himself with a bang. Likewise for Aidan Hutchinson. The Michigan-made product caught the first interception of his life as he high-pointed a bad Rodgers pass in the end zone. Hutchinson leads all rookies in sacks, quarterback hits, pressures, and pass rush win rate. The Lions are flawed, but their young defenders are showing plenty of promise. Hutchinson and Joseph were the first Lions rookies to record interceptions in the same game since 1952.

Aaron Rodgers looks completely broken. Rodgers threw three ugly interceptions as his Green Bay Packers succumbed to a fifth straight defeat. Rodgers posted a 25 QBR for this game. He was uncharacteristically inaccurate and erratic. The reigning MVP missed several throws and looked uncomfortable when throwing deep. Rodgers is one of three quarterbacks to have negative EPA when in a clean pocket. The other two? Cooper Rush and Davis Mills. The legend is 27th overall in QBR. Do not buy stock in Rodgers. He and his beleaguered teammates welcome the Dallas Cowboys this Sunday. Rodgers is down, and by Sunday night, he might be out for the count.

The Rams’ offense is not a bad unit; it is just a talentless unit. Outside of Cooper Kupp, there are no stars or game-breaking players on the offensive roster. The Dolphins have Jaylen Waddle and Tyreek Hill. The Cincinnati Bengals boast Ja’Marr Chase, Tyler Boyd, and Tee Higgins. The Rams have nothing. Los Angeles is 31st in EPA per play. Football Outsiders rank them in the bottom 10 in offensive DVOA. Worryingly, they are 29th in rushing EPA per play. The most important staple of Sean McVay’s offense is non-existent. Forget running it back; the Rams cannot run for three yards and a cloud of dust. They are no longer the Greatest Show on Turf 2.0. They are just a mediocre group.

The Carolina Panthers were humiliated by the Cincinnati Bengals on Sunday. It was a mauling. The Panthers played like the worst team in the NFL, and at this rate, their fans may as well prepare for the draft. These Panthers are not going anywhere but down. I wonder if Will Anderson likes North Carolina-style barbecue.

Hello Joe Mixon. After not having a single 100-yard game yet this 2022 season, that changed against the Carolina Panthers. By halftime, Mixon had already accumulated over 100 yards and three touchdowns on the ground while also having 58 receiving yards and a receiving touchdown. Mixon would finish the game with 153 yards on the ground over 22 attempts. With his 200 scrimmage yards and five scrimmage touchdowns he became the sixth player ever to do so in a game in the Super Bowl era, joining Jerry Rice, Jonathan Taylor, Clinton Portis, Shaun Alexander, and Jamaal Charles.

This is a unit that the Patriots are able to rely on with the offense still not being able to find a rhythm. Matthew Judon and Josh Uche both had three sacks, the first Patriots’ duo to do so since 1985 when Andre Tippett and Don Blackmon did. The defense had nine sacks in total, held Sam Ehlinger to 103 yards passing, and only allowed 78 rushing yards. What also stood out was the Patriots holding the Colts to convert zero third downs on 14 tries. The pass rush stepped up, and it led the Patriots to the win.

It is officially Travis Etienne time in Jacksonville. For a third week in a row, Etienne had over 100 yards rushing. Etienne racked up 109 yards on the ground with two touchdowns over 28 attempts. He also continued to see action through the air with two receptions for 17 yards. The emergence of Etienne in the offense is helping Trevor Lawrence, who has struggled, have the run game he can rely on when things aren’t going right through the air.

It wasn’t much of a concern against the Green Bay Packers due to how the Bills were in control of the game. Against the Jets, though, the run defense struggles continued. They allowed 175 against the Packers, and that increased to 208 against the Jets. The Bills were without two key players in Matt Milano and Jordan Poyer, but if they can’t figure out how to get back on track, opponents may have found how to stampede past the Bills defense.

Through the first eight games of the season, the Las Vegas Raiders have blown 17 point leads three times already after their loss to the Jacksonville Jaguars. From 1960-2021, the Raiders franchise had only blown that type of lead five times. The offense stalled in the second half, and the defense that didn’t allow any points in the first half failed to keep that momentum. McDaniels needs to find a way to coach his team for a full game to close it out. With a 2-6 record, the seat continues to heat up as McDaniels may be out of Las Vegas after one season.

Even after the addition of Bradley Chubb, it’s going to take a lot more than just one player to help this unit. They only got to Justin Fields to sack him two times. Otherwise the missed tackles continued as Fields avoided the pressure they were bringing and ran for 178 yards and a touchdown. They also only got in the backfield three times to make tackles for a loss. When facing offenses with elusive quarterbacks, this unit will be tested and is going to need to step up. 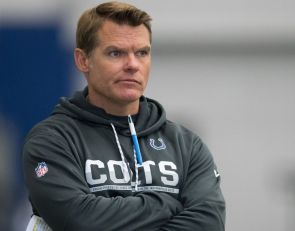 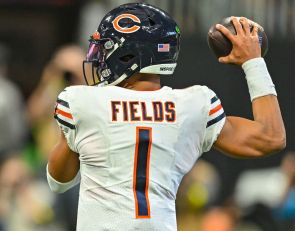