The Canadiens head West to Winnipeg to take on the Jets in a battle between two Canadian teams. Puck drop is scheduled for 8:08 p.m. EST.

Montreal has been the definition of average in its first 10 games notching a 5-5-0 record. Cole Caufield is off to a hot start as he leads the Canadiens in goals with seven. Montreal is led in overall scoring by another young talent in Nick Suzuki. The center has tallied 11 points in his first 10 games. The goaltending has been good for Montreal so far. Sam Montembeault and Jake Allen have both been solid. The pair have goals against averages below 2.90 and save percentages greater than .905. The Canadiens got some bad news today as Evgenii Dadonov was placed on injured reserve with an undisclosed injury.

Winnipeg is off to a solid start notching a 5-3-1 record and are winners of three of its last four games. Mark Scheifele leads the Jets in goals in the early going with six. Winnipeg is led in points by Josh Morrissey with eight and Blake Wheeler with seven. Goaltender Connor Hellebuyck is back to his dominant ways. Hellebuyck is 4-2-1 with a 2.41 GAA and a .931 SV% in his first seven games. The Jets also received some bad news on the injury front today as Morgan Barron underwent wrist surgery and is expected to be out 4-5 weeks.

After being swept by Montreal in the 2021 semifinals, Winnipeg took both regular season contests from the Canadiens last season. Tonight’s probable goaltenders are Montembeault for Montreal and Hellebuyck for Winnipeg. 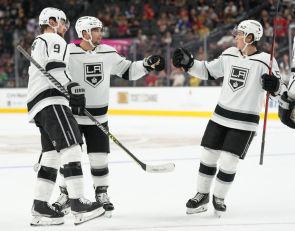