After being selected in the third round of seasonal fantasy leagues, along with the first/second round of dynasty startups, the expectations for Pitts were sky-high. A unicorn of a talent with top-five draft capital that would take the second-year leap into elite fantasy production at a position of scarcity.

Unfortunately, that never came to fruition. Pitts is currently the TE17 this season, averaging just 7.6 PPG. The former consensus dynasty TE1 has now fallen well past both Mark Andrews and Travis Kelce on KeepTradeCut, and with the new development of an MCL injury landing him on Injured Reserve, the fall will only continue. Truth is, the dynasty value of Pitts is at an all-time low.

However, don’t let this lack of fantasy production fool you; Pitts is a special talent. Don’t believe me? Let’s lay out the portfolio:

-Fourth overall pick in the 2021 Draft

As for his second-year metrics:

There’s tons to like here with Pitts. Premium draft capital investment from his team, record-shattering rookie season, and metrics that would suggest he’s been a tier one pass-catching tight end this season. However, the fantasy production obviously hasn’t followed. Atlanta has been an awful situation for pass-catchers to post fantasy points in. Let’s take a look at these offensive statistics to get a feel for how truly limiting this situation has been:

Between Marcus Mariota’s limitations as a passer and Arthur Smith’s love for the run game, volume has been insufferably low for Pitts. As both the film and metrics suggest, he’s making the most of his opportunity, but there’s simply not enough meat on the bone for Pitts to produce a whole lot of fantasy points.

Luckily, dynasty fantasy football is a long term game. Pitts may be in an awful environment, but the situation is fragile. All it may take is one season for the offensive identity to take a 180 degree flip — or at least positively regress to the passing mean — and Pitts is golden. Betting on the elite portfolio of a 22 year old over an awful present-day situation is a bet I’ll make in any dynasty league.

Bet on talent > situation in dynasty

Especially when that talent is special

Trading for Pitts is obviously a tougher task for current contenders, as he doesn’t offer much rest of season value despite still having an expensive price tag. However, rebuilders should be all over him. You’re getting a discount on a young, special tight end talent due to a lack of 2022 production and a current Injured Reserve designation. Tight ends with this much promise, and true upside to give you a positional advantage for years to come are a rarity.

So, what should you give up for Pitts? KeepTradeCut suggests one-for-one swaps including Dameon Pierce, D’Andre Swift, or George Pickens. And of course, if you’ve have some sort of different offer that you’d like a second set of eyes to see before accepting/declining, feel free to shoot me a message on Twitter @Aidan_Maher17. 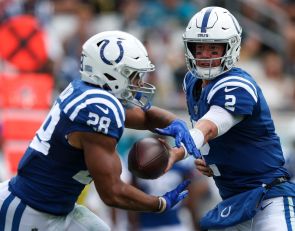