Coming into the 2022 college football season, the top names at the quarterback position for the 2023 NFL Draft that everyone was watching included C.J. Stroud, Bryce Young, Will Levis, Hendon Hooker, Jaren Hall, and plenty of others. One name that wasn’t on many people’s radars was Jordan Travis.

When he first came out of high school, he was rated as the nation’s 25th dual-threat quarterback, and 128th best player in the 2018 class out of Florida. Travis started his career at Louisville but only saw limited playing time as he was the third string behind Jawon Pass and Malik Cunningham. He would then transfer to Florida State for the 2019 season, returning home to the state of Florida. Again, he was pushed down the depth chart behind James Blackman and Alex Hornibrook. The 2020 season is when Travis took over the starting role after Blackman suffered an injury.

That 2020 season wasn’t pretty, completing 55% of his passes for 1,056 yards and six touchdowns while also throwing six interceptions. Where he shined that season was on the ground, rushing for 559 yards and seven touchdowns. The start of the 2021 season wasn’t much better, but then in the game against Syracuse, things started to click. Over the course of the seven games to end out the season, Travis completed 65.1% of his passes for 1,302 yards, 11 touchdowns, and only two interceptions while also rushing for 498 yards and six touchdowns. His dual-threat ability shined, but if he would be able to carry it over into 2022 remained a question.

The answer to that, yes he could. In fact, he isn’t just playing at a consistent level, but has drastically improved. Through nine games so far he has completed 62.9% of his passes for 2,259 yards, his first 2,000-plus yard season, 17 touchdowns to only four interceptions while rushing for 225 yards and two touchdowns.

The biggest area Travis has grown is in the pocket. He is maneuvering through pressure better, not panicking, and has better recognition to see a play developing downfield. This has led to him being great against the blitz with his pocket awareness.

Travis doesn’t have a great offensive line, but he has been able to make it look a lot better. He is playing with confidence and increased decision-making, both of which have helped him recognize defensive schemes pre-snap to make adjustments at the line.

He has increased his ability as a passer, but still makes defenses have to account for the fact that he can take off for long runs. When it comes to the off-script plays, he does a fantastic job of keeping his eyes downfield and being able to keep his shoulders square to get the ball out quickly and accurately.

The biggest area of improvement still needed for Travis is in his throwing motion. Instead of routinely planting his foot and rotating his hips through the throwing motion, he will throw off his back foot frequently.

Setting his feet is something he needs to work on doing consistently. What is there whether he is throwing off his back foot or getting set is his arm strength. Travis is able to accurately throw the ball to all levels of the field while hitting his receivers in stride.

With his dual-threat ability and athleticism, Travis has a high ceiling that a team would be able to unlock. While Travis’ name is still not brought up as much as it should be, his play on the field has shown that he should be a top quarterback prospect in the 2023 NFL Draft. 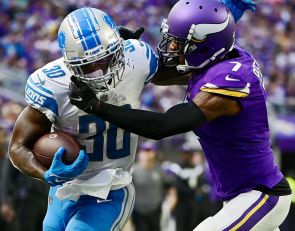