Is Christian Watson Here to Stay?

Is Christian Watson Here to Stay?

There’s no player in the NFL that’s hotter than Christian Watson right now. Over the first nine weeks of the season, Watson accumulated just 88 receiving yards and zero receiving touchdowns. Over his last two games, he’s totaled 155 receiving yards and five receiving touchdowns! In a matter of five days, Watson now leads all rookies in receiving touchdowns and has averaged 26.9 fantasy points in weeks 10 and 11.  Coming into the season, everyone was wondering who would fill the huge hole that Davante Adams left behind, and it appears that Aaron Rodgers is now looking for Watson to do just that. Although Watson has produced tremendously as of late, can we expect his production to continue?

Watson has had a slow start to his career, to say the least, but that’s due in large part to his nagging injuries so far this season. Watson had knee surgery in June 2022, which kept him sidelined for the majority of the Packers offseason, and he was unavailable during the preseason entirely. During his absence, fellow rookie Romeo Doubs stole the spotlight early in the season, and many believed Doubs would be the go-to guy rather than the highly touted Watson. Any player who misses the offseason can be expected to struggle early on as a rookie, but this absence affected Watson more than most because of his college experience. Coming from North Dakota State University, Watson was extremely talented but lacked the NFL preparation that other schools like Alabama, LSU, and Ohio State seem to provide. An NFL player’s rookie season is a learning experience, and Watson did not have the luxury of learning from future Hall of Famer Aaron Rodgers like the Packers had hoped he would.

There was no opportunity for Rodgers and Watson to build rapport until the season was already underway. That lack of trust caused Rodgers to focus on the guys who he felt he could trust in Doubs and Allen Lazard, which further delayed Watson’s growth. During the offseason, Rodgers made it very clear that too many receivers were dropping balls and that it was unacceptable. Then, in Week One, Watson dropped what would have been a 75-yard touchdown, thus proving the point Rodgers was trying to make. This drop put Watson in the doghouse, but the fact that he became open and was targeted on this play gave light to some potential touchdown upside that would finally resonate in Week 10.

After playing in limited fashion for nine weeks, a Doubs injury in Week Nine propelled Watson into a starting role opposite Lazard, and Watson isn’t looking back. With Doubs ruled out and Watson starting, Rodgers didn’t have a choice but to let Watson out of the doghouse and to give him another chance. Everyone in Green Bay has been smiling ear-to-ear ever since Watson capitalized on his newfound opportunities, as he led the Packers in targets with eight and exploded for 107 yards and three touchdowns. Standing at 6’4, Watson is an amazing red zone target, and he also has the athleticism and speed to outrun any opponent. He can jump with anyone and win a fade route in the corner of the end zone. He also has the elite speed to blow by any defender on a crossing route, which is exactly what he did during one of his scores against the Tennessee Titans. Both Watson and Lazard stand at 6’4 or taller, but the difference is Lazard ran a 4.55 second 40-yard dash while Watson ran a 4.36 second 40-yard dash, nearly the same time as DK Metcalf!

Watson has been getting in the end zone for the majority of his fantasy production, but five touchdowns in two games is clearly unsustainable. Even so, it appears that we can expect his overall production to continue for the remainder of the season because not only are the touchdowns coming, but his usage rate has increased substantially. After playing 66% of snaps in Week One, Watson’s snap percentage hadn’t surpassed 32% until weeks 10 and 11 when he played in over 80% of snaps in both games. Not only did he smash his career high in snap percentage, but he did so in consecutive games, thus previewing his play time for the remainder of the season.  With the increase in play time also came the increase in targets, as he accrued 14 total targets in weeks 10 and 11 after having only 14 targets combined over the first nine weeks. Watson also had a drop at the line of scrimmage during Week 11, so if he can clean up some of these simple mistakes, he can prosper even more into a consistent receiver. Had he hauled in that drop for a gain of zero yards, he would have finished Week 11 with over 10 fantasy points even if he hadn’t scored a single touchdown.

Watson has a seemingly difficult matchup in Week 12 versus the Philadelphia Eagles, as he may be shadowed by Darius Slay all night. He will still be worthy of flex consideration because the Packers will need to throw a lot to keep up with the high-powered Eagles offense. Following his matchup with the Eagles, Watson will play the Chicago Bears and cap off the fantasy playoffs with games against the Los Angeles Rams, Miami Dolphins, and the Minnesota Vikings, all of whom have been suspect against receivers all season long. Watson has the potential to be a top 12 wide receiver for the remainder of the 2022 NFL season. 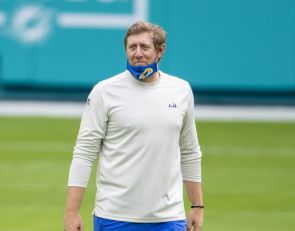