Daniel Jones continued his impressive breakthrough season last week against the Texans, leading the Giants to another one-score win. Jones has proven his doubters wrong this year, as the normally turnover prone quarterback has only thrown two interceptions this year. Even more encouraging, Jones’ has improved at sensing pressure in the pocket, no longer holding onto the ball too long, an issue that led to countless fumbles in his first three years in the NFL. The lack of turnovers, coupled with his value as a runner, has done wonders for the Giants offense. Jones will be especially valuable this week in a home matchup against the Detroit Lions, who have one of the worst defenses in the league.

Aaron Rodgers and the Packers’ offense finally seemed to gel against the Cowboys in their OT comeback victory. Rodgers threw three touchdowns to rookie Christian Watson, who has struggled mightily with drops this year. With Rodgers developing chemistry with his young receivers, the reigning MVP could start to get back to his old ways in fantasy. With a short week of rest for the Titans defense, who allow the fifth most points to opposing quarterbacks, Rodgers could see his success carry over to week 11.

Justin Herbert has not lived up to lofty preseason expectations this year, which is not entirely his fault. The Chargers have been decimated with injuries this year, giving Herbert very little to work with offensively. Against the 49ers elite defense, it was no surprise that Herbert struggled. However, there is a light at the end of the tunnel, as star wide receivers Keenan Allen and Mike Williams are expected to return to practice this week. If they return, it would provide a huge boost to the Chargers’ offense. Tight end Gerald Everett, who left early against the 49ers due to a groin injury, is also day-to-day. If Herbert’s weapons all come back to face a porous Chiefs defense, it could make for a massive bounce-back for Justin Herbert’s fantasy stock.

Russell Wilson has a fantastic matchup this week with the Raiders defense, which is awful against opposing quarterbacks this year. However, he simply cannot be trusted regardless of the matchup. The Broncos offense has proven time and time again that they cannot put it together. Wilson has scored 14 or fewer fantasy points in all but two games this year. Granted, his only good fantasy game came against the Raiders in week four, in a 27-point outburst, which could entice managers to start him. However, divisional opponents tend to familiarize themselves with each other, and the Broncos offense is far too unreliable to hope that this matchup nets the same outcome as last time.

Marcus Mariota has one of the lowest floors for fantasy quarterbacks, making him difficult to trust as a weekly starter. He has struggled as a pocket passer throwing to his best weapons, as Kyle Pitts and Drake London have not seen great statistical success this year. Mariota has managed some solid fantasy outings, but his on-field play has told a different story week after week. The Bears defense has been suspect in recent weeks, but do not expect Mariota to thrive at picking apart their secondary the way superior quarterbacks like Jared Goff, Tua Tagovailoa, and Dak Prescott have. 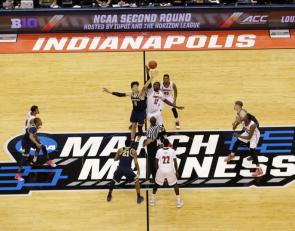