The Detroit Tigers are entering a new stage in their rebuild, which has already spanned an impressively painful seven seasons. The team announced they had parted ways with former General Manager Al Avila on August 10th and around a month later on September 19th named Giants president of baseball operations Scott Harris their new general manager.

The Tigers have already made numerous coaching changes following a disappointing 66-96 season which saw them post nearly the worst offense in the MLB, with a constant rotation at starting pitcher. The team’s bullpen ranked fifth based on ERA and there is still a ton of room to grow there, so for once it doesn’t seem like the team’s bullpen will be their biggest area of weakness long term.

Hitting coach Scott Coolbaugh was let go after the Tigers averaged a .231/.286/.346 line in 2022 ranking dead last in home runs, runs, slugging percentage and WRC+. They ranked 29th in walk percentage and fourth worst in strikeout percentage. Sensational rookie talents Riley Green and Spencer Torkelson had up and down seasons but mainly flat, which needs to be a big focus going forward for them. Baez led the team with a 2.6 WAR which is impressive considering he also was the MLB lead in errors with 21. His .238/.278/.393 line was one of the worst of his career, only putting up 17 home runs, 67 RBIs, and 27 doubles; stats many Tigers fans weren’t expecting to see.

Detroit will have roughly 112M in available payroll for this coming season and have an additional 30M coming off the books after this season when Miquel Cabrera inevitably retires. Starting with Candelario, and it’s a rough one, he’s shown the ability to be a talented player but paying seven million for a third baseman who showed to start a regression in 2022 with his lack of power and contact plus a diminishing defensive ability isn’t in the best interest of the Tigers long term. With young prospects being ready either this season or in the coming two, they’ll need to try and add a potential replacement but avoid a massive salary for a fringe heavy player. Reyes is another left handed outfielder who had a decent offensive season but his lack of defense isn’t going to hold up. The Tigers are deep in the outfield when it comes to left handed hitting with Austin Meadows, Akil Baddoo, Riley Greene in the majors and Parker Meadows showing his talent in the minors. Willi Castro and Rony Garcia had their roles but won’t be needed anymore.

Jimenez had a fantastic season out of the bullpen with a 3.49 ERA in 56.2 innings, allowing 4 home runs and 13 walks with 77 strikeouts, he’s far worth the 2.6 million. Cisnero was also strong with 25 innings posting 23 strikeouts, 19 walks and a 1.08 ERA. Meadows was injured for basically the entire season but he’s shown a ton of potential and star power, totally ignoring him would be an awful move for Detroit. Castro, Funkhouser, and Alexander serve depth roles which is all the Tigers will need. Gregory Soto struggled this season but also excelled, the Tigers will need to evaluate his best fit. He struggles as a closer but could be an excellent power arm. 3M for another reliever isn’t awful and it’ll give the team one more season to fully determine his value.

Barnhart was acquired from the Reds for Nick Quintana and wasn’t great, his framing ranked in the bottom half of the league and he posted a .221/.287/.267 line with only one home run, 16 RBIs, and 10 doubles. Norris and Carlton are just mid level pitching depth options and the Tigers have plenty of that in their farm system or acquired in free agency for cheaper routes. Chafin at 32 years old was a good reliever for the Tigers posting a 2.83 ERA in 57.1 innings with 67 strikeouts and only 19 walks plus a 1.17 WHIP. He has the ability to be a strong backdoor arm for Detroit and they’d like to have him back but 7 million is a lot for a reliever, regardless it’s Chafin’s choice and I assume he can earn more elsewhere.

The Tigers could consider trading Javier Baez if a team is willing to take on his contract but Johnathan Schoop is the priority to trade, while he’s definitely not going to net you anywhere near a large return due to his lack of hitting but coming off a season which saw him lead the MLB in outs above average and runs saved there are teams willing to look at shipping a mid level prospect for a high end defensive infielder. Shipping him off will also save the team 7.5M from their payroll

The Tigers are going to have a lot of needs to fill in the next couple seasons under Scott Harris and I don’t expect him to go fully in on spending this off-season as the team looks to shed contracts, develop their young talent and really put a cohesive young team together. That said they’ll have to likely focus on adding a catcher, middle infielder, third baseman, outfielder, and some pitching this off-season.

Tarik Skubal is expected to return around June after undergoing elbow surgery last September. Once he returns he’ll likely slot into the Tigers 2nd or 3rd starting pitcher spot. Casey Mize is out for the season with Tommy John surgery. 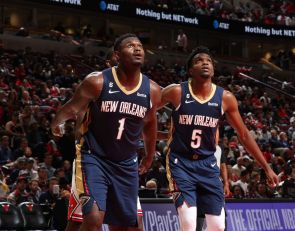 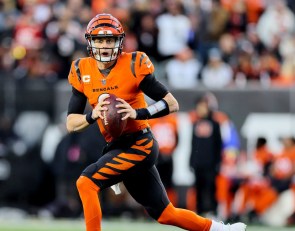