The Columbus Blue Jackets and defending champion Colorado Avalanche are set to square off today from Finland, part of the NHL Global Series. The puck drop is set to happen at 1:00 PM ET on NHL Network.

The two teams come in having similarly disapointing seasons thus far. Columbus sits at 3-7 on the year while Colorado has a 4-4-1 record.

One key to this game will be whether or not the Blue Jackets can score from the power play. They have been heaviliy lacking this in the early new year but will be going against one of the worst performing penalty kill units around the NHL. If Columbus can take advantage of any opportunities they get with an extra man, it could help get them these needed points.

The Avalanche are hoping that their defense can improve here. They were great on that end of the ice last season but it hasn’t translated over so far. They did lose some pieces during the offseason but the franchise still believes that it can have a top defensive unit in the league.

Someone has to win this game tonight. It’s the beauty of sports that even struggling teams can right their wrongs on any given day.

This should be a good matchup for the oversees viewers. I like the Blue Jackets to find a way to win this game. I think get one goal on the power play and it helps fuel them to victory. Give me Columbus to win today 4-2 over the defending champions here. 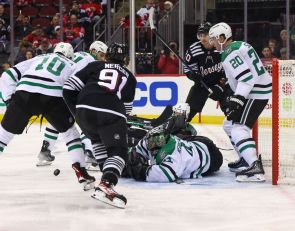