It was a crazy week, from all those fantasy points in the Detroit Lions game against the Seattle Seahawks to many quarterbacks unable to find their stride. Let’s unpack everything for my top three reactions from Week Four.

Austin Ekeler finally had his time to dominate in Week Four against the Houston Texans, who prior to Sunday, have allowed the most rushing yards per game in the league giving up almost 200 yards per game. This was a game that Ekeler fantasy managers needed, where he found the end zone three times after not scoring the three games prior.

So, what does this mean for Ekeler moving forward, who struggled to reach 100 total yards in a game the previous weeks. To me, Ekeler looks to be a touchdown dependent guy who will continue to be inefficient on the ground and in the passing game. His involvement in the game will give him a really solid floor, which is why I wouldn’t sell him. He will not live up to the expectations people had for him last year, but he’ll pose as a reliable high running back two moving forward with elite upside if he finds the end zone.

I’m officially breaking up with Travis Etienne. Before the season, I had Etienne ranked inside my top 10 running backs in fantasy football. I thought with his talent and league winning caliber play that he’d be the guy on the ground and in the passing game for the Jacksonville Jaguars. I also didn’t expect the Jaguars to not only be in games, but win them as well. The positive game scripts that the Jaguars have been seeing have helped James Robinson see more touches than Etienne.

The trigger that sparked this breakup is from what I saw out of the Jaguars against the Philadelphia Eagles on Sunday. The Jaguars came out strong, but right before the half we saw the game shift and the Eagles take a 20-14 lead going into the half. Coming out of the half, I expected Etienne to get some looks in the passing game, but you know who I saw in the backfield catching passes on third downs? It wasn’t Travis Etienne. It wasn’t James Robinson, either. It was JaMycal Hasty catching two of his two targets for 22 yards. While modest, just the fact he was there in those situations made me realize Etienne will never win in 2022.

3). Are Ja’Marr Chase And Tee Higgins Interchangeable In Your Lineups?

After Week One, Tee Higgins had fantasy managers worried he wasn’t going to be involved in the offense like he was last year after seeing just two targets, while fellow wide receiver Ja’Marr Chase saw 16 targets. Those 16-2 target differential we would see to be a fluke after both players regressed to their mean target share of approximately seven to 10 each. Now the problem is we were always used to Chase having more targets than Higgins, however, Higgins’ production has increased over the last three weeks whereas Chase’s best day was in Week One.

I am going to be a realist when I say this, Chase is still the 1A receiver in the Cincinnati Bengals receiving core and Higgins is the 1B. That will not change, nevertheless, both receivers should be treated as in the same wide receiver tier. With the two-high defenses the Bengals have been seeing more often, Chase is unable to have the big play upside we were used to out of him. He now has to go after the shorter yardage gains and create open space to then have that big play potential. This was Tee Higgins bread and butter last year. Both receivers should be considered in the top 10 moving forward. 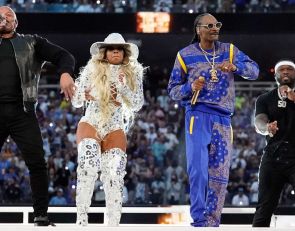