Matt Rhule has been fired by the Carolina Panthers. He is the latest in a long line of great college coaches that have failed to make it work in the NFL. A return to college is in his best interest. Rhule is a great program builder at the college level. In 2013, he took over a Temple program and went 2-10. In 2015 and 2016, Temple was winning 10 games consistently. He then took the Baylor job in 2017 and went 1-11. Again, two years later, they were winning double-digit games. Here are the five college teams that should be going hard after Matt Rhule right now.

This is a wild card that most people probably didn’t expect to see here. However, if current coach Brent Venables can’t turn this ship around next season, Oklahoma is not going to wait forever to fire him. Again, I am not saying that Venables won’t be able to turn it around, but it is hard to deny the fact that the 2022 season has been disappointing for Sooner fans. If Rhule opts not to take a job in this cycle, Oklahoma could very well be in the mix a year from now.

As I said earlier, Matt Rhule is a great program builder. Georgia Tech desperately needs a builder of Rhule’s status. They have been stuck in the mud ever since Paul Johnson left in 2018. Rhule could come in and attempt to fix it. With his track record, he probably would. I think Rhule would be a slam dunk hire for the Yellow Jackets.

I have Nebraska this low for a couple of reasons. For one, I don’t buy into the idea that Nebraska is still a top 10 job in the country that everyone should be jumping at to take. Secondly, I think Nebraska could have other people in mind. For example, Nebraska should be throwing everything they have at Kansas head coach Lance Leipold. I doubt it, but even Urban Meyer could be in that mix ahead of Rhule. If Nebraska did hire Matt Rhule, though, it would be a great hire for the Cornhuskers.

Wisconsin made the shocking move of moving on from long-time coach Paul Chryst. Chryst had been the model of consistency at Wisconsin. If Rhule were to become the Badgers’ next head coach, he would not have to do too much building. In his last two spots, he has had to build something from the ground up. If he doesn’t want to do that anymore, maybe Wisconsin is the perfect landing spot for Matt Rhule.

In my opinion, Auburn is the perfect landing spot for Matt Rhule. It would allow him to do his signature team building, but now, he would have a much larger recruiting budget. Auburn is a bit of a mess right now, but we all know what Rhule can do when a team is in this state. With his recruiting influence in the state of Texas, Auburn would be crazy to not hire Matt Rhule as their next head football coach. 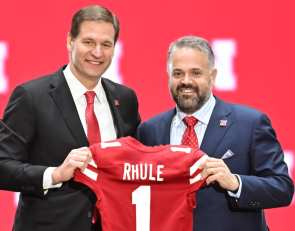 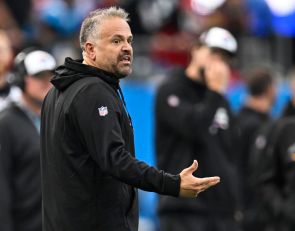 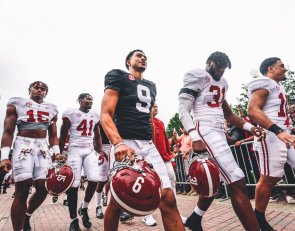