The Jacksonville Jaguars went on the road for the second time this season and found the loss column again. After a two game win streak at home, going to Philadelphia to play the Eagles was no small task, especially when Jags quarterback Trevor Lawrence fumbled the ball away four times and tossed one interception in a 29-21 loss at Lincoln Financial Field.

1. Turnovers doom Lawrence and the Jags

NFL teams who have to play the 4-0 Philadelphia in 2022 will find the assignment a tall order. As perhaps the best team in the NFC has tremendous talent on both sides of the football, especially at quarterback. Jacksonville overwhelmingly lost the turnover battle as Lawrence would fumble the football four times and add an interception in what was a rainy and windy day compliments of Hurricane Ian. Against the Eagles, the Jaguars would put four on the wet turf as well as give one back through the air to cornerback James Bradberry.

Jacksonville this season has done a good job taking care of the football. Against the Washington Commanders in week one, the Jaguars won the turnover battle with one turnover (int) versus Washington with three. In week two at home, they had a clean game with zero turnovers while the Indianapolis Colts and Matt Ryan threw three interceptions on the day. Week 3, also a home game against the Los Angeles Chargers, forced LA two turnovers (1 int, 1 fumble), while for the second straight week Jacksonville had no turnovers through the air or via the fumble.

2, Philadelphia pounds it out on the ground

The Eagles were forced to utilize the running game on a day where getting anything done through the air would be difficult. It was highly successful as they dominated with 210 yards rushing as the Jaguars could only manage 71.

Philadelphia running back Miles Sanders was the workhorse, racking up 134 yards, and two touchdowns on 27 carries. The run game showed the balance the Eagles have on offense. With quarterback Jalen Hurts not able to find the end zone with the pass, he did manage to complete 16 of 26 passes on the day for 204 yards. His one interception led to Jaguars scoring a defensive touchdown on a pick-six . However, Hurts’ would help himself by adding 38 yards and a touchdown on the ground.

For the second time in four games, Jacksonville was not able to hold a lead. In week one at Washington, the Jaguars had a 15-14 lead and then opened it up when linebacker Travon Walker intercepted Carson Wentz in the red zone. Jacksonville would capitalize and extend their advantage over the Commanders 22-14 in the fourth quarter. However, the Jacksonville defense would allow Washington to score 14 unanswered points, and win the season opener 28-22. Against Philadelphia on the road, it was Groundhog’s Day all over again. This time, the Jaguars would lead 14-0 over the Eagles, only to watch the lead slip away with sloppy play, 20 unanswered points, and a 29-21 loss.

At 2-2, the Jacksonville Jaguars will go on the road three times with games against the Colts in week six, the New York Giants in week seven, and the Denver Broncos to wrap up their first eight games in 2022. Their one home appearance is against the Houston Texans who have a record of 0-3-1. While 4-0 over these next four weeks seems unlikely, 3-1 is definitely a good possibility and will be a key indicator of just how good Doug Pederson has his team eight games into the season. 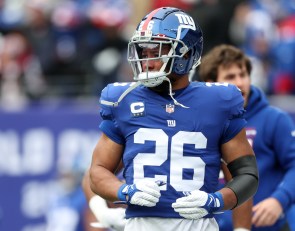