Three Takeaways From The Arizona Cardinals Loss To The Seattle Seahawks

Three Takeaways From The Arizona Cardinals Loss To The Seattle Seahawks

The Arizona Cardinals went to the Pacific Northwest looking for a win against the Seattle Seahawks. Instead, they head home the loser of an ugly 19-9 game. At 2-3 and looking to get to a record of 3-3, Arizona would find a way to be ineffective on offense, and would never find the end zone against a defense that ranked last in points allowed. While Seattle was no offensive juggernaut, they managed to keep the Cardinals at bay, on a Sunday where field goals proved just enough for the Seahawks.

The Road To Nowhere Leads To Arizona

Is it Cardinals quarterback Kyler Murray or head coach Kliff Kingsbury? It doesn’t matter. Murray signed a five-year, $230,500,000 million contract with Arizona. The deal included a $29,035,000 million signing bonus with $160,000,000 million guaranteed, for an average annual salary of $46,100,000 million. General manager Steve Keim and Kingsbury also have long-term contracts. The bottom line is that days like today, as disappointing as they may be, are becoming the norm. In Seattle, Murray rushed for 100 yards, but also had an interception, a fumble, and was sacked six times. They will have little time to think about a lost weekend against the Seahawks, as a short week has them hosting the New Orleans Saints on Thursday Night Football.

Defense was all over this one. 👏

At 3-3, it’s hard to say that the Seattle Seahawks have overachieved, but in many ways they have. At 3-3, the Seahawks are tied for first in the NFC West. Geno Smith, the veteran quarterback charged with helping ride out the 2022 season until the NFL Draft, was not able to find 200 yards through the air. Like Murray, he was put on the ground by the Cardinals’ defense five times. While not a pretty game to watch, it was classic Pete Carroll who watched his offensive line struggle, yet his team persevere. To his credit, he’s found a way to make it work.

Pete Carroll is obviously pleased. This is how he wants the Seahawks to play.

Says you can think whatever you want on NFC West tiebreakers, he considers “we are in first place, that’s how I’m looking at it.” @thenewstribune pic.twitter.com/DpK7GjJPJM

Was either team looking to be where they are after Week Six? Seattle looked to be planning a season to have a top draft pick and get their quarterback of the future. Instead, they share a lead in the NFC West. The Cardinals had much higher expectations. After an offseason of Kyler Murray wanting, and demanding a new deal with Arizona, he got it. Both Murray and Kingsbury were to command a high-powered offense to not just win games against the Seahawks, but challenge for the NFC West and more in the postseason. Now cellar-dwellers, they are looking up at a team like Seattle and wondering what went right. For Pete Carroll and the Seahawks, they seem to be getting it right. 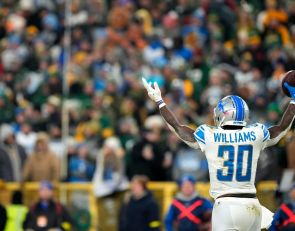