The Tampa Bay Buccaneers stay at home for the second consecutive week as they host the Kansas City Chiefs. The Bucs are coming off a 14-12 loss to the Green Bay Packers.

The Buccaneers injury report lists six players whose status is questionable going into game day. Five players are on the offensive side of the ball. They include wide receivers Russel Gage (hamstring), Chris Godwin (hamstring), Julio Jones (knee), and Breshad Perriman (knee/hamstring).

I expect that Gage is the only receiver that will end up suiting up for the prime time game. I expect Jones not to play this weekend because he was limited in practice all week before not practicing on Friday. Godwin also had a limited practice on Friday, so his status is questionable. Perriman is the most likely to not play as he did not practice all week.

The Bucs receiving corps will be welcoming back Mike Evans (suspension) this week which will help Tom Brady after missing the star receiver in the loss against the Packers. The Chiefs are heading into Raymond James Stadium with a matching 2-1 record, but they are coming off their first loss of the season to the Indianapolis Colts.

I believe that the Buccaneers defense will be able to step up this week and contain the high-powered Chiefs offense. I also think that Tom Brady and the Bucs offense will be able to take advantage of a Chiefs defense that allowed 259 yards from a weak Colts team. Brady is also coming back from the loss against the Packers with something to prove and I think that will be evident in his play this week against the Chiefs.

The Buccaneers will win this game by a score of 28-20. 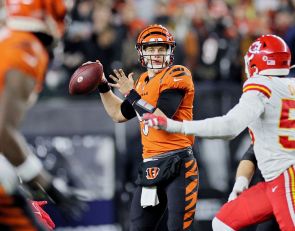