Takeaways From the Baltimore Ravens Win Over the Cleveland Browns

Takeaways From the Baltimore Ravens Win Over the Cleveland Browns

The Baltimore Ravens continue to lead the AFC North, after a heartbreaking loss to the New York Giants last week, the Ravens bounced back against the Cleveland Browns. The Ravens have had trouble securing a lead, but against the Browns, the defense was able to clutch up.

The Ravens offense played a sloppy game against the Browns, and it starts with Lamar Jackson. Jackson only had 120 passing yards, was nine-of-16 on completions per attempt, and rushed for only 59 yards. The passing game was not a real threat, which was surprising as Mark Andrews had zero targets all game. The Ravens are already missing J.K. Dobbins, as Gus Edwards was the leading rusher with 66 yards, and Justice Hill was utilized only a little bit with 26 rushing yards and one fumble. Statistically, the Browns won this game, but turnovers were costly for Cleveland, allowing the Ravens to hold on to their lead and win. The Ravens team that played the Browns was not what most people are used to seeing. If the Ravens want to win the AFC North, the offense will need to clean up and start to get back on track.

The Ravens defense is no joke, and they showed up against Cleveland. Forcing two fumbles, and blocking a game-tying field goal was the biggest factor in the Ravens victory. Even though the Ravens gave up 258 passing yards to Jacoby Brissett, they were able to hold Nick Chubb to under 100 rushing yards, a challenge only one other team has been able to accomplish. The defense also had five sacks on Brissett. The biggest takeaway from the defense is the final drive for Cleveland, where Geno Stone forced a fumble on Donovan Peoples-Jones to end the game.

The Ravens are on a short week, facing the Tampa Bay Buccaneers on Thursday Night Football. With Tom Brady and the Buccaneers having troubles the past few weeks, the Ravens defense might be able to take advantage of their troubles and win the game. However, don’t expect the Ravens offense to be lights out against the Buccaneers defense. The Ravens will be looking to remain first in the AFC North as long as they win, but if they don’t and the Cincinnati Bengals lose, the race will be competitive for the crown. 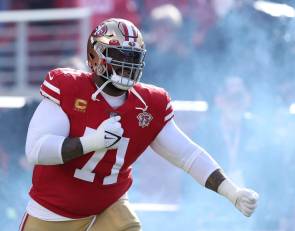