The NFL trade deadline is quickly approaching, so we’ll expect to see numerous trades happen soon. The NFL trade deadline isn’t going to be as explosive or blockbuster as those in the MLB and NHL as due to playbook limitations, players need a greater amount of time to fully adjust. Regardless, I’ll be outlining three potential landing spots for six of this years top trade candidates.

Claypool has been the set of the trade talks recently especially after reports of the Steelers shopping him during the off-season. Claypool is an athletic freak that has gotten stuck inside a stagnant Steelers offense. As a rookie, Claypool (6-4, 220) posted 62 receptions for 873 yards and nine touchdowns, heading into this second season Claypool was looking to improve off that but only added 860 yards, two touchdowns on 59 receptions while starting 13 of his 15 games. This season has been particularly bad for Claypool only posting a touchdown and 266 yards on 28 receptions with four drops. The Steelers don’t have a massive need at receiver with Diontae Johnson, George Pickens and Steven Sims all posting good numbers. Rookie Calvin Austin also looked special before he landed on injured reserve.

Bradley Chubb has had an up and down career, after putting up 60 tackles, 14 TFL, 12 sacks, and 21 QB Hits as a rookie, he only played four games in 2019 registering a sack. 2020 saw Chubb earn a pro bowl nod after 9 TFL, 22 QB Hits, 8.5 sacks, and a forced fumble in 14 games. Chubb again got hurt in 2021, putting up zero sacks in seven games. This season he’s showing the same talent that earned him a 5th overall selection in the 2018 draft, with 5.5 sacks, 5 TFL, 10 qb hits, and two forced fumbles. The Broncos recently transitioned Baron Browning to edge and he’s been explosive. Denver also spent big on Randy Gregory and drafted Nik Bonitto in the 2nd round so Chubb’s fit after this season is a looming issue. The Broncos have already invested a lot off the edge, so can they really afford to re-sign Chubb instead of other important needs?

William Jackson requested a trade from the Commanders after struggling to play well in their zone heavy scheme. Jackson has since not played and is looking to join a team that runs a heavier dose of man coverage. Jackson has only put up two breakups this season but has a career five interceptions, 52 PBU, and 205 tackles with a 88.2 career QBR allowed so he can play, and it shows both in stats and film. Jackson comes with a heavy 13.8M cap hit in 2022 and 15.75M hit in 2023 so that’s a crucial factor in his trade value for teams looking to buy.

The Commanders defensive line is deep, and Payne simply doesn’t have a huge fit anymore. At only 25 years old, he’s entering the final year of his rookie contract. Through his career he’s started 65 of 71 games registering 251 tackles, 28 TFL, 45 QB hits, a safety, 18 sacks, 12 breakups and four forced fumbles. Needless to say, Payne is one of the best pass rushing defensive tackles in football and is young as well. The Commanders have depth and can replace Payne, while also grabbing some much needed picks for their long term rebuild.

The Panthers are reportedly listening to offers for numerous talented players on their team, and Thompson fits the bill. The 28 year old linebacker would net the team a good return after recording 107 games (96 starts), 620 tackles, 50 TFL, 29 QB Hits, 11.5 sacks, three interceptions, 25 breakups, four forced fumbles and four recoveries along with a touchdown. Thompson is scheduled to be a free agent in 2024 and whatever team decides to trade for him will have to take on a 13.1 million dollar hit this year and a massive 24.4 million cap hit in 2023. Seeing what previous Pro Bowl linebackers have gone for in previous years, it’s not likely the Panthers net a high end pick but could come away with multiple later round picks that’ll be much needed. 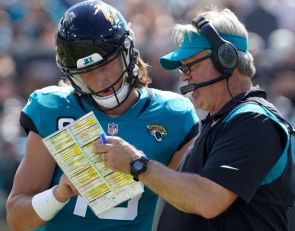 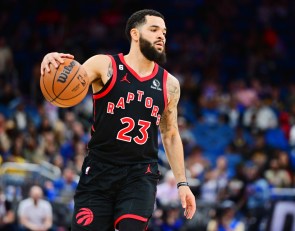