Pittsburgh heads to Calgary to face the Flames. Puck drop is scheduled for 9:08 p.m. EST.

The Penguins suffered its first regulation loss last night in Edmonton, making its record 4-1-1. Pittsburgh’s offense has been potent in its first six games as the Penguins have scored six goals on four separate occasions. The Penguins are led in goals and points by Sidney Crosby. The Pittsburgh captain has tallied four goals and 11 points in six games. The Penguins have also had 14 different players register a goal this season. Starting goaltender Tristan Jarry has been solid to start the season while backup Casey DeSmith has put up respectable numbers early on.

Calgary has started its season winning four of its first five games with impressive wins over Colorado, Edmonton, Vegas and Carolina. The Flames are lead in goals by Tyler Toffoli with three. Nazem Kadri and Rasmus Andersson are tied for the team lead in points with six each. Both Jacob Markstrom and Dan Vladar have been good to start the season, but Markstrom is capable at playing at a much higher level.

Calgary took both games from Pittsburgh last season, but the Penguins were able to salvage a point in game two losing in a shootout. The probable goaltenders for tonight’s game are Casey DeSmith for Pittsburgh and Jacob Markstrom for Calgary. 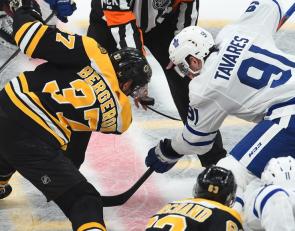