Matt Rhule Out As The Head Coach Of The Carolina Panthers

Matt Rhule Out As The Head Coach Of The Carolina Panthers

It wasn’t a stunner, even as NFL fans look to close out week five. Matt Rhule, who has been on the hot seat, was fired Monday morning by the Carolina Panthers after a lackluster 1-4 record in 2022 and an 11-27 in two-plus seasons in Carolina. His loss on Sunday to the San Francisco 49ers 37-15 at home looked to seal his fate.

Steve Wilks takes over as the interim coach in Carolina. pic.twitter.com/TOweRCKvG9

Ruhle was the benefit of some awful personnel at the quarterback position. Teddy Bridgewater, Sam Darnold, and now Baker Mayfield didn’t help Ruhle get Carolina off of the mat. Mayfield, who was given the keys and an opportunity to get his career back on track simply hadn’t worked out. With the conventional wisdom being that Mayfield would be an upgrade over Darnold, it’s proven not to be.

Matt Ruhle will likely be a hot commodity for a college job in 2023. Nebraska and Oklahoma, may emerge as the early favorite for his services. The Huskers haven’t been good in a long while, Oklahoma is slipping fast, and Matt Ruhle once again proves college coaches seldom find any success at the next level. 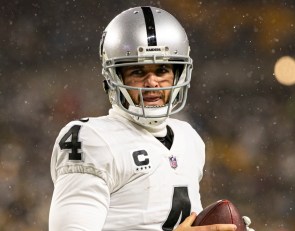 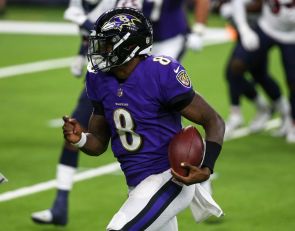 Three Teams That Should Trade for Lamar Jackson