In the first Western Conference outing of the season, the Los Angeles Lakers will step into the Chase Center to take on the reigning NBA champion Golden State Warriors. The Warriors reigned supreme last season, while the Lakers disappointed on a historic scale. Although very early into the season, this is a statement game for Los Angeles if they want to prove they’re back in business.

The Lakers will be without multiple key pieces. Thomas Bryant (thumb sprain), Troy Brown Jr. (back), and Dennis Schroder (thumb surgery) will all miss tonight’s game. The “big three” of LeBron James (left foot), Anthony Davis (back) and Russell Westbrook (hamstring) remain probable. Expect the three stars to tough it out and make an opening night appearance. For Golden State, the entire rotation is listed available.

Coach Darvin Ham threw six different starting groups in the preseason slate. Expect the “big three” of Westbrook, James, and Davis to be locks to start out the game; likely joined by guard Patrick Beverley and either Lonnie Walker IV or center Damian Jones. Golden State will roll out a lineup of Stephen Curry, Klay Thompson, Andrew Wiggins, Draymond Green, and Kevon Looney.

Keys For A Los Angeles Victory

The Lakers will need a proficient defensive scheme to slow down Golden State’s fast-paced offense. They’ll need to prioritize closing out on shooters constantly, making sure the lethal shooting the Warriors have doesn’t get out to a fast start. If the Warriors get hot early, it’ll be nearly impossible for Los Angeles to combat that. Their entire lineup has what it takes to get out on the perimeter and throw out good shot contests, and that will be key to a win.

They’ll also have to fight off screens heavily to make sure they can close out on shooters. The Warriors have been known for their lethal off-ball movement for years, and that comes in the form of off-ball screens. Los Angeles has to be aware of when screens are being set and how to combat this in order to slow the offense down.

Offensively, James and Davis need to get back to the style they’re best at. The Lakers should look to Davis to cook for the first three quarters on all three levels, along with spamming a Westbrook/James and Davis pick and roll game. Los Angeles should let James conserve his energy as a scorer until the fourth quarter, where he can then take over the game down the stretch. Let James be the playmaker early, setting Davis and the shooters up for good looks. Afterwards, let James go on a lethal scoring tear to close out the game.

Keys For A Golden State Victory

Steve Kerr has already come out and said none of the starters will play above 30 minutes in tonight’s contest. With Golden State’s depth, this could be an optimal strategy. Stick to the usual high-octane, fast-moving offense with guys constantly moving without the ball to set up open looks. Let Curry orchestrate the offense without the ball, getting himself and others open with his all-time level offensive game. In the non-Curry minutes, Jordan Poole will be able to do the same. Golden State has enough to run the Lakers off the floor with or without their stars in the game. If they can start the game fast-paced per usual, they can get out to a fast lead.

Specifically touching on Poole, whenever he’s in the game, give him the keys. Even with Curry on the floor, let Poole be the primary ball-handler while Curry twists defenders without the ball. This will lead to openings for both guards, while allowing the other three players on the court to serve as cutters and get openings due to the roles Poole and Curry are playing.

Defensively, the focus should be to contain Davis, rather than James. Coach Ham stated he wants Davis to play a Giannis Antetokounmpo-Esque role, meaning he’ll be prioritized as the top scoring option. Although James will be getting the bulk of touches down the stretch to take over, if they can slow down Davis early on, James may not even get the chance to do this. There’s more of a chance than not that the Warriors get a fast start offensively and roll away, but if they can slow down Davis as well, the game likely ends before it begins. Give Wiggins the Davis assignment, let him use his length to slow his dribble moves down. Use Green as a roamer to help out, with Looney as the rim protector down low. This will limit Davis’ output a ton, making sure he doesn’t beat Golden State on his own.

The Spread via FanDuel

Despite the Warriors’ stars playing limited time tonight, expect Golden State to snag the win. It’ll be a close game, as the Lakers are out for vengeance with a more complete scheme this time around. However, the mold of Golden State’s offense is too good to not trust. With the starters getting good rest throughout the first three quarters, it’ll allow the Lakers to make it competitive. But, with Golden State being well rested up until the fourth, they should be able to close the game out with ease. 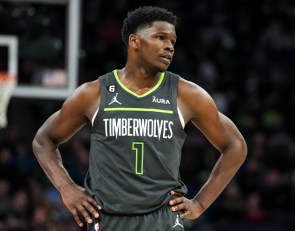