How the AFC West Went From Contenders to Pretenders

How the AFC West Went From Contenders to Pretenders

The Los Angeles Chargers, Las Vegas Raiders, and Denver Broncos have gone into the tank in 2022. All three teams that promised big things this season haven’t proven just to be pretenders, but in this case downright fraudulent. With the exception of the Kansas City Chiefs at 5-2, the AFC West is a laugher.

After the Chiefs, the next best record inside the division is the Chargers at 4-3, the Raiders at 2-4, and the overhyped Broncos at 2-5. Not remotely the definition of “Murders’ Row” for a division expected to be a brutal run for all four teams. So what now for the AFC West?

A look at how it might shake out before all is said and done will find flaws and poor decision making in each of the three teams after Kansas City.

This is a mortal lock. Kansas City has once again shown they are the class of the AFC West, and along with the Bills are a bonafide contender for a Super Bowl run. Unlike their brethren in the division, the Chiefs and Andy Reid simply reload. They are the standard-bearer in the West as well as the AFC as a whole. Until someone else knocks them off that pedestal, they are the envy of all the league.

The biggest problem for the Chargers has been it’s all Justin Herbert or nothing at all. A devastating loss to the Seattle Seahawks 37-33 proved that LA is something of an easy mark when you interrupt Herbert.

The Seahawks took a smart approach, especially on defense, when they let Herbert post his usual big numbers throwing the football, while at the same time knocking him around and making him one dimensional. His numbers were huge, as he’d go off for 33 completions against 51 attempts for 293 yards, two touchdowns and an interception. However, Herbert would be sacked three times on Sunday alone. For the season, he’s been put on the turf seven times in total. Seattle would record eight quarterback hits, one interception, two forced fumbles and allow only 53 yards on the ground. Holding running back Austin Ekeler to only 31 yards rushing exposed the secret sauce on how to beat the Chargers, making them more a mirage than a contender.

Sack, strip, and a fumble recovery by DT!

The Raiders can’t get anything right

It’s almost hard to imagine the Las Vegas Raiders would be this bad, but after a bye week in week six, Las Vegas sits at 2-4 overall having won at Houston, 38-28. Las Vegas was supposed to be better. Don’t forget, the Silver and Black were not just a dark horse contender to win the division, but looked to be a team poised for a deep playoff run and possibly a Super Bowl, all under the guidance of Josh McDanels. McDaniels has made a lot of errors generated by ego and vanity. They have a porous defense that ranks towards the bottom of the league in scoring. This adds a lot of pressure to a Raiders team that now has to count on the offense to score and score often.

Josh Jacobs is good at football.

The sole bright spot for Vegas is the emergence of Josh Jacobs. For the season, Jacobs has busted out for 111 carries with 633 yards and six touchdowns. The Las Vegas Raiders are a mirage. A bad team with an even worse head coach whose football I.Q. will lead Vegas out to middle of the desert with no roadmap back to respectability. They deserved better. They also got what they deserved.

Veteran quarterback Russell Wilson was supposed to be the elixir to lead the Denver Broncos back to AFC West dominance and a Super Bowl or two. Instead, Wilson and head coach Nathaniel Hackett have sputtered. They sit in last place in a division equally bad. For the season, they are 2-5 overall, 1-4 in the conference, and 0-2 in the division. They have lost their last four in a row and are dead in the water. Keep in mind, this team who is 2-5 thus far in 2022 still has games against a “getting better” Jacksonville team on the road in week eight, Baltimore on the road, as well as the Rams and Kansas City. Toss in the Cardinals and the Titans, and Denver could have the kind of season where blowing it up and starting over looks better and better.

What happened to Russell Wilson?

"There's no precedent for it… It's more than playing hard and being efficient. It feels like something is way off." — @ColinCowherd pic.twitter.com/AczCsiGB3j

The AFC West looked daunting on paper before the season began. Now, every team in the National Football League wishes the Raiders, Chargers, and the Broncos were on their schedule to pad the win column. Most simply put, it’s time to call it what it is: the single biggest fraud of a division no one saw coming. 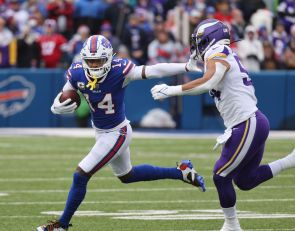 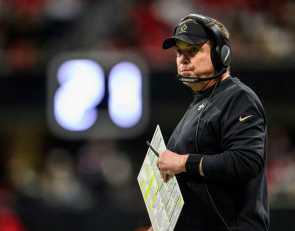