The UFC stays in Las Vegas but heads back to the Apex for UFC Fight Night: Sandhagen vs. Song before taking the next week off. In the Main Event, ranked Bantamweights Cory Sandhagen and Yadong Song look to move up the rankings and closer to a title shot, but before I give you my pick for that fight, let’s jump into the prelims.

Lightweights Nikolas Motta and Cameron VanCamp look to rebound after losses in each of their last fights to lead off the card. Motta and VanCamp lost their respective UFC debuts earlier this year against tough competition. Motta was on a three-fight winning streak before coming into his debut and was put against UFC legend Jim Miller where he was unfortunately finished by TKO. VanCamp was on a winning streak of his own, winning his four most recent fights before making his debut, where he was put against Andre Fialho and was knocked out in the first round. I honestly cannot figure out why VanCamp is the underdog in this fight. He is five inches taller, has a four-inch reach advantage, fought well against Fialho in his debut by showing he was a capable striker, and has the grappling ability to finish the fight by submission. I think that early in the contest, VanCamp will frustrate Motta with his striking from the outside before forcing Motta to close the distance. When Motta does close the distance, I think VanCamp will find a home for a submission and get his first UFC win.

The next fight on the card brings us a Bantamweight matchup between two fighters on a multi-fight win streak. Gravely has won his last two contests, his most recent coming by way of a knockout over Johnny Munoz Jr. Basharat comes into this fight looking to protect his undefeated record and get his second UFC win. His first win came by a decision over Trevin Jones. In this matchup between two men who, I believe, have promising futures in the UFC, I think the undefeated Javid Basharat will get the best of Gravley. This is a tough fight to pick, but I believe that the striking advantage, along with his excellent grappling, will be enough to get him the win. Basharat will frustrate Gravley with his striking in the early portions of the rounds and will force him to close the distance and try to get the fight to the ground. If Gravely can turn this into a wrestling match, it will be hard for Basharat to get the win, but I’m not betting on that to happen. Basharat has yet to be taken down in the UFC and has proven grappling skills, so I think he will be prepared for Gravely’s takedowns and look to counter with submissions of his own. With the combination of strikes and potential submission attempts, I believe Basharat will do enough to earn a decision win.

In the Women’s Flyweight division, Mariya Agapova and Gillian Robertson look to avenge losses in their last fights and get back to competing against ranked opponents. Agapova came into the UFC in mid-2020 and made a strong impression with a submission win over Hannah Cifers. Since that win, it has not gone how she would have liked; she now has a record of 2-2 in the UFC and has been defeated by Shana Dobson and Maryna Moroz. Robertson has been actively competing in the UFC since 2018 but has lost three of her most recent five, with those losses coming to JJ Aldrich, Miranda Maverick, and Taila Santos, so she needs a win this Saturday. This was another tough fight to pick, but I will lean towards Agapova. I could see Robertson coming out and being able to take down Agapova and look for submissions and control time to get the finish or pick up a decision win. I don’t think that’s guaranteed to happen. What I like about Agapova is that she is young and energetic about fighting, and I guarantee after her performance against Moroz, she has worked on her takedown defense. If she can defend well against takedowns of Robertson, she is by far the better striker and could use that to help her win the fight. The longer this fight stays on its feet, the more it favors Agapova, and I expect her to control most of the fight by using her reach advantage to land more strikes and pick up a decision win.

In the Lightweight division, Trey Ogden looks to avenge his loss in his UFC debut this Saturday by handing UFC newcomer Daniel Zellhuber his first loss. As I mentioned, Trey Ogden lost his first fight to Paddy Pimblett’s latest opponent, Jordan Leavitt. Still, only by a split decision that definitely could have gone either way, so he is looking to rebound with a win over the newcomer this Saturday. Zellhuber won his final Dana White’s Contender Series fight over another undefeated fighter in Lucas Almeida by a unanimous decision. He looks to carry the momentum over into his UFC debut. Unlike the previous two contests, this one is on my confident picks list, as I think this fight is all in favor of Zellhuber. I see this as a striking fest where Zellhuber can use his five-and-a-half-inch reach advantage to land more strikes than Ogden. Eventually, when Zellhuber can decisively take the first two rounds, it will make Ogden take more risks and become more aggressive. This will make him drop his hands and lack the defense needed to stop Zellhuber, allowing for Zellhuber to land a big strike, most likely a head kick that puts down Ogden and stops the fight.

The Women’s Strawweight division yields a matchup between UFC veteran Loma Lookboonmee and UFC debutant Denise Gomes. Lookboonmee has had an up-and-down past three years with a 3-2 record, but most recently, she suffered a loss to Lupita Godinez in December 2021 and is looking to rebound. Less than three short weeks ago, Gomes defeated Rayanne Amanda on Dana White’s Contender Series and is now getting her shot in the UFC and looking to make the most of it. This fight was tough to pick, especially since I see it going to the judge’s scorecard, making it more difficult to predict since the judges can always change the outcome of how a fight should have gone. Still, I am going with the veteran Lookboonmee. I think that Lookboonmee is the better overall striker and has a better chance of dictating the fight on the feet and pressing the action. Which would be enough to win her a decision and hand Gomes a loss in her UFC debut.

In the Welterweight division, Trevin Giles and Louis Cosce are looking to get back on track as they are both coming off losses in their previous performances. Giles has won three of his last five, but has lost his last two. Both coming by knockout to the hands of Michael Morales and Dricus Du Plessis, so he is looking to bounce back in a big way this Saturday. For Cosce, he is coming off a loss in his UFC debut against Sasha Palatnikov nearly two years ago, so after some time off, he is looking to prove he is still worthy of being in the UFC. There is only one way that Gles loses this fight: if he is knocked out. This seems like a test fight for Giles; he is coming off back-to-back knockout losses, both of which are top talents in the division, so the matchmakers have decided to pair him up with a low-end talent who has a lot of power. If Giles were an older fighter, later into his 30s, I would be predicting him to be knocked out, but he is only 30 and still has a lot of career left. Giles is a much better technical fighter than Cosce and can choose to take this fight wherever he wants it. Giles could use his size and reach advantage to stay on the outside and land quick strikes to piece apart Cosce before finishing him with a power shot of his own, or he could take the fight to the ground to avoid Cosce’s power. I think Giles will choose to stand with Cosce and finish the fight in the later rounds and rebound after two straight losses. 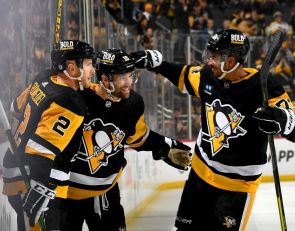 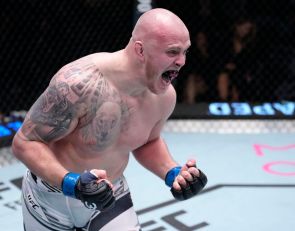