Three Thoughts From The Detroit Lions Win Over The Washington Commanders

Three Thoughts From The Detroit Lions Win Over The Washington Commanders

The Detroit Lions bounced back with a big 36-27 win over the Washington Commanders. Detroit raced out to a 22-0 lead in the first half and managed to see the game out despite a valiant Washington fightback. Here are three thoughts from Detroit as the Lions move to 1-1 in 2022.

Aidan Hutchinson terrorized the Washington offensive line. Hutchinson registered three sacks and could have had more. He was a constant menace off the edge and the interior. The Commanders could not handle him. Hutchinson picked up a foot injury in the third quarter and struggled between plays. Nonetheless, the Michigan man fought on and still generated pressure. The Lions will pray that the injury is not too bad because Hutchinson is here. And he is everything they expected. It was a phenomenal performance.

The word ‘grit’ is scrawled across the walls of the Lions’ training facility. Coach Dan Campbell stresses grit and toughness as the core foundation of his team. The Lions displayed tons of grit in the fourth quarter. With Hutchinson and Jeff Okudah hurt, and Washington threatening a comeback, the Lions earned vital stops. At the same time, Jared Goff stepped up and delivered a six-play 70-yard drive to put the game on ice. The Lions did not play complimentary football last week; they did this week and responded to adversity.

The Lions are now 1-1 and played a fairly complete game. A road trip to Minnesota awaits next week, and Detroit should heed a lot of confidence from the win. The Lions now have a week to get key players healthy (they played without three of their starting linemen) and prepare for a challenging divisional clash. 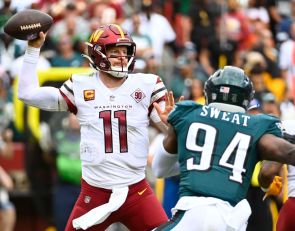 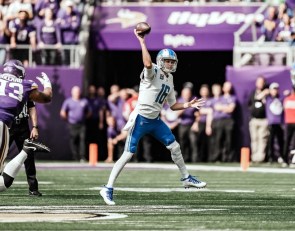