The New England Patriots went into Pittsburgh and came out with a much-needed victory over the Steelers. It wasn’t pretty by any means but a win is a win. After dropping the opening game to the Miami Dolphins, New England was searching for some answers and were staring down a potential 0-2 start to the season. Yet as they leave Pittsburgh, they have to be feeling good about themselves. They showed they could win a slugfest of a game and now their record sits at 1-1. Here are the three biggest takeaways from the Patriots 17-14 win over the Steelers.

The defense is still very good

After showing out strong in week one, the Patriots defense again played extremely well. They held the Steelers offense in check and were flying around the field at every turn. Myles Bryant led the team in tackles while Jalen Mills had one interception on the day. This defense is tough and makes life difficult for the opposing offense. They can get into the backfield and seems to snuff out any screen attempt throw at them. The defense looks to be the calling card for this New England team and may be able to help grant them a few victories on their own as this season progresses.

After the offensive line looked out of sorts in week one, they came back with a vengeance this weekend. They allowed quarterback Mac Jones time in the pocket to scan the field and make his reads. They didn’t allow a sack and it felt like Jones wasn’t pressured much the entire game. The line had some penalties that they will need to clean up but overall it was an impressive showing for the team.

While New England doesn’t have any eye-popping star receivers on the squad, they do boost some good ones still. Jakobi Meyers and Nelson Agholor combined for 205 yards on 15 catches and one touchdown. They were all over the field and made life easier for Jones. Big catch after big catch for these two helped seal the deal for the victory. If they can continue to build on this production, the Patriots could be a good team. 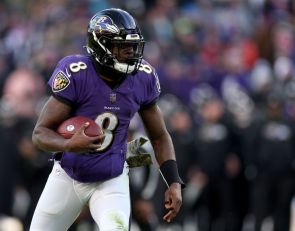 Where Could Lamar Jackson Land?