The Detroit Lions fell to 1-2 as they suffered a heartbreaking last-minute loss to the Minnesota Vikings. Here are three takeaways from the game.

Jared Goff was brilliant in this game. The experienced quarterback avoided mistakes, took his chances, and displayed excellent pocket awareness at various points. Goff is extending plays, using the pocket to create space, and hitting his big throws. If Goff can continue to play like this, the Lions will win games as their schedule softens up.

Amani Oruwariye Has A Nightmare

Amani Oruwariye returned from injury this week, and he endured an awful game. The fourth-year corner committed five penalties during the game and whiffed on several tackles. Oruwariye also lost Adam Thielen on two big third downs in the first half. It was a poor performance.

Coach Dan Campbell said during training camp that it was open season for the team’s kicking job. Austin Seibert ‘won’ the job by default and failed his first big tests in this game. Seibert missed two field goals in this game, including one in the fourth quarter that gave the Vikings an excellent starting position for the game-winning drive.

The Lions should have won this game. Detroit had several chances to salt the game away, and they came up short. This young team froze in the moment. They will learn from this, and they will have chances to win games in the upcoming weeks. But, to go so close to beating a divisional rival on the road, and lose, will sting. The Lions welcome the Seattle Seahawks to Ford Field next Sunday. 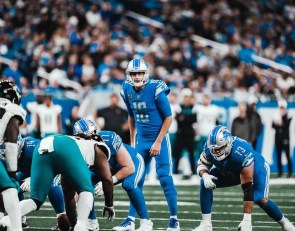