Another week in the books, so it’s time to see who to buy and who to sell. Last week on our sell list we had Miles Sanders who had a solid game in Week Two after making the sell list. Although he isn’t in this week’s sell list, I still think a major regression will come with him. We had Jerry Jeudy who although getting hurt only had 2.2 points. Our third sell was James Robinson, who actually gets mentioned as a sell this week when talking about Travis Etienne as a player to buy. On our buy list last week, we had Kyle Pitts, who has made the list for the second week in a row. We had Rhamondre Stevenson, who in Week Two led Damien Harris with 62% of snaps compared to Harris’ 40%. Lastly, we had D.J. Moore, who caught a touchdown last week with a continued high target share percentage.

For our first buy low we have Deebo Samuel. Samuel was a guy I wasn’t a huge fan of going into the season. With Lance under center, I expected the offense to look a lot different from the offense with Jimmy Garoppolo playing at quarterback in 2021. Now, with Lance suffering a season-ending injury, the San Francisco 49ers offense will resemble the play style we saw last season. In the play style last season, we saw Samuel reach almost 1,800 scrimmage yards as well as 14 touchdowns.

We could very well see Samuel return to his dominant form in the coming weeks. He’ll have more favorable volume and production. He currently ranks as the wide receiver 25 and this might be the only week you can get him before he returns to being a top 10 wide receiver. Buy low while you still can.

Travis Etienne has suffered from back-to-back poor games as they kept it close with the Washington Commanders in Week One and shut out the Indianapolis Colts in Week Two. These are two positive game scripts that led James Robinson to getting more work as a runner and Etienne to get less work as a receiver.

The Jaguars schedule gets much more difficult starting with the game against the Los Angeles Chargers on Sunday. This is the last week you will be able to buy Etienne before he begins facing a negative game script with him as the beneficiary. This is also a friendly reminder to go sell high on James Robinson before it’s too late as well. Etienne will boom in the coming weeks because the Jaguars will be losing a lot, so get him this week before Sunday.

Kyle Pitts makes the buy low list for the second time in a row, as he hasn’t been productive so far into his sophomore season. This lack of involvement in the offense as well as his lack of production can make fantasy football managers scream in agony. With just four catches for 38 yards through two weeks, Pitts currently ranks as the tight end 37 which is mind-boggling based on his round three Average Draft Position (ADP).

Drake London has been the beneficiary of Pitts’ struggles, with 13 catches off 19 targets for 160 yards and a touchdown so far this season. The struggles of Pitts will end in the near future, and he will explode back to being a top tight end in the league. This Atlanta Falcons offense does seem to be able to move the ball with Marcus Mariota under center, and now all we need is for Pitts to be involved. Let owners panic as you grab yourself an every week advantage at tight end.

Before the NFL season began, the Pittsburgh Steelers said they were going to limit their star running back’s workload.

In his rookie season, Najee Harris’ snap percentage in most weeks was in the high 90% range. I was very low on him this season because of this, even making a bold prediction that he finishes outside the top 12 running backs this season. Harris wasn’t efficient last season, relying on a big snap count and workload to be productive.

So, how did people not see Harris averaging 65% of snaps through two weeks coming? And how did people not see Harris being unproductive on those touches coming? Add in the fact that this season, the Steelers are led by two quarterbacks who can use their legs with Mitch Trubisky and Kenny Pickett. Last season they had to rely more on the running back with Ben Roethlisberger’s lack of mobility. Now, the only caution with Harris is you might not be able to sell him as high as you would like because he hasn’t performed well. But I’d want to get anything I can get, even if I have to settle for a high running back two.

We’re only two weeks in and Clyde Edwards-Helaire is already looking like he was drafted in the first round of the NFL Draft. But will his efficiency continue for long? He currently ranks inside the top five running backs through two weeks, and yet, he only has tallied 22 touches entering Week Three. In fact, backup running back Jerick McKinnon had more snaps in Week Two than Edwards-Helaire did. Sure, he’s super-efficient, averaging almost 100 yards and a touchdown per game, but it isn’t sustainable at a low number of touches.

His floor is extremely small, and I’d look to trade him away for a high running back two or better that has a higher floor with the same amount of upside. I’d look to go after a guy like Javonte Williams, Joe Mixon, Austin Ekeler, or Dalvin Cook in a package. I’m a big fan of doing a two for one package for one of the guys I listed.

Rashad Bateman makes the sell list as he doesn’t offer much consistency outside of his big play potential. So far in 2022, Bateman averages over 17 points per game through two weeks, with a stat line of six catches off 12 targets for 167 yards and two touchdowns.

Let’s break down this stat line. In Week One, Bateman had two catches for 59 yards and a touchdown. However, one of those catches went for 55 yards, which ended up in the touchdown. In Week Two, Bateman caught four passes for 108 yards and a touchdown, but in that game he caught a 75-yard pass that also went for a touchdown. Big play ability is fantastic, and it elevates a player’s ceiling, but you need to have a solid floor. Taking away those big plays, Bateman would sit at four catches for 37 yards. This does not provide Bateman with a solid floor, so he makes my sell list in Week Three. 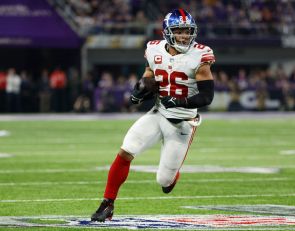 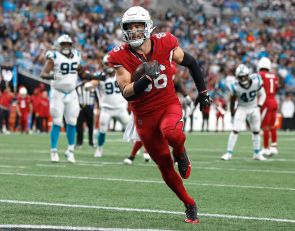