After a very poor showing against the Chicago Cubs, the Mets NL East lead continues to decrease now at half game with less than 20 games to go. They will look to turn it around fast as they remain home and welcome fellow NL Central team, the Pittsburgh Pirates for a four game series.

The Mets are coming off perhaps their most disappointing series of the season. They were just swept by the Chicago Cubs at home as their offense was only able to compile a combined six runs in the three games played. It was the first time all season long they were swept in a three game series. Meanwhile, the Pirates who were just recently eliminated from postseason contention still managed to sweep a four game series against the Reds in Cincinnati. Both of these clubs played each other a week ago in Pittsburgh with the Mets getting the better of Pittsburgh taking two out of three.

The Mets should again be favored in this pitching matchup with New York sending out a couple of their aces. The Pirates either having pitchers who have struggled mightily this season or have little experience at the big league level. For game one, it will feature JT Brubaker for the Pirates and Carlos Carrasco for the Mets. Brubaker is coming off a start where he went six solid innings but gave up two home runs against the Cardinals on Sept. 10th. Carrasco is coming off his best start since coming off the IL on Sept. 4th when he went six solid innings and struck out six Marlins on Sept. 10th.

Game two will have Mitch Keller for the Pirates and Taijuan Walker for New York. Keller is coming off a very strong start against the Cardinals on Sept. 11th where he pitched seven innings striking out six and only allowing two hits. Walker is perhaps coming off his best start since the start of the second half of the season. The righty dominated the Marlins on Sept. 11th striking out 10 Marlins over seven innings. Game three will have Bryse Wilson for Pittsburgh and Chris Bassitt for the Mets. Wilson is coming off a good performance only surrendering three runs against the Reds on Sept. 12th and his previous start on Sept. 7th he pitched against these very Mets and went six innings of four run ball and gave up two home runs in a losing effort. Bassit will look for much better success from his last start against the Cubs. Bassitt, who’s had a really good year overall, hit a bump in the road against Chicago on Sept. 12th, where he gave up five earned runs and two long balls in just three ⅔ innings pitched.

The finale of the four game series featured young hurler Johan Oviedo for Pittsburgh and ace Jacob deGrom for the Mets. Oviedo is coming off a start where he pitched five scoreless innings against the Reds while deGrom is coming off a hard luck loss against the Cubs where he struck out 10 over seven but allowed three runs.

The Mets can’t afford to lose another series to a lowly baseball team that is not going anywhere. If the Mets want to increase their NL East lead, this is the spot to do it. I see the Mets turning their luck around in this series and winning at least three out of four. The Mets offense looked a lot better when they played the Pirates back in Pittsburgh before they soured off. I can see them turning it around against the Pirates again. 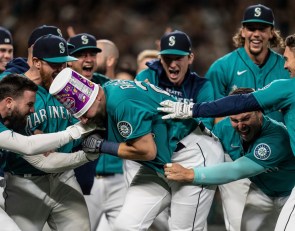 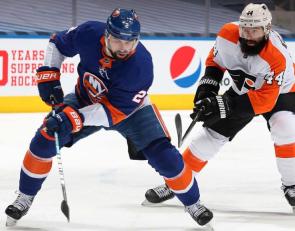