Evaluating The Patrick Beverley Trade To The Los Angeles Lakers

Evaluating The Patrick Beverley Trade To The Los Angeles Lakers

Patrick Beverley has become quite the celebrity throughout this NBA offseason. From his numerous appearances on ESPN–particularly right after Chris Paul and the Phoenix Suns were eliminated in the playoffs–to him being traded to the Utah Jazz for Rudy Gobert. Beverley has had quite the offseason. He will now take his celebrity style back to Los Angeles, but this time across the hallway, wearing the purple and gold for the Los Angeles Lakers.

The Lakers made the trade to acquire Beverley from the Jazz in exchange for Talen Horton-Tucker and Stanley Johnson. The trade to Los Angeles marked the fourth time that Beverley had been traded since August 17th, 2021.

For Utah, this is about as great of a package as they could’ve received for Beverley. Beverley, who’s 34 years old and on a contract that expires in the summer of 2023, does not fit the mold of the type of player Utah was looking for in order to accelerate their rebuild. Although Horton-Tucker has been quite underwhelming to start his career, he will be entering a situation with Utah where he can maximize his development by getting an abundance of opportunities to be a primary ball handler.

For Los Angeles, Beverley does not elevate the roster to a championship contender, much less a top seven team in the Western Conference. Acquiring him though is a step in the right direction, given they make requisite moves after the acquisition. Offensively, Beverley provides solid shooting off the catch (38.5% on C&S three-point field goals last season on 2.7 attempts a game). This will be beneficial to both LeBron James and Russell Westbrook, who look to create open three-point opportunities by getting downhill. Defensively, Beverley is not quite the same NBA All-Defensive Team caliber guard defender he once was. But he is still a strong defender at the guard position, which will be a clear upgrade over the personnel the Lakers had to deploy on the perimeter last season. 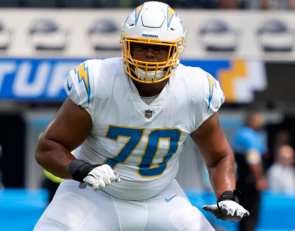