The Mixed Martial Arts world is filled with polarizing opinions. Fans around the sport present opinions on cage fighting that may seem blasphemous to one person, but golden to another. Today, I’m going to be dishing out some takes that may not be the most famous, but I can guarantee are the straight truth. Welcome to part one of a two-part “UFC Hot Takes” series:

Ever since Magomed Ankalaev “lost” his UFC debut against Paul Craig, he’s strung together an impressive nine fight win streak that’s included victories over the likes of Anthony Smith, Thiago Santos, and Volkan Oezdemir. Unlike most of his Dagestani peers, Ankalaev is a Greco-Roman wrestling champion that would rather stand and trade, than wear you down on the ground. Everything about his game is well calculated, and in my humble opinion, he has all the tools needed to beat fellow LHW Jiří Procházka, and begin his reign as champion. As amazing as Jiří is, his style is extremely wild and unorthodox, with holes including a lack of defense being as evident as ever during his last fight with Glover Texeira. When fighting someone as technically sound as Ankalaev, you have to be sharp, and in a five round fight between the two, it’s going to be tough for Procházka to stay calm and not bring out the brawler we all know. If these guys ever get locked in the cage together, expect Ankalaev to come out victorious.

2. Stylistically, Rafael Fiziev poses the biggest threat to Charles Oliveira out of all Lightweight’s

For those of you that don’t know who Rafael “Ataman” Fiziev is, I want everyone to put what I’m about to say into perspective. The Kyrgyzstani fighter is a striking coach at Tiger Muay Thai, a legendary gym that has hosted superstars Israel Adesanya, Khamzat Chimaev, and Alexander Volkanovski, while being the fight camp of Valentina Shevchenko and Petr Yan, two of the most skilled fighters in all of MMA. If that doesn’t tell you that Fiziev knows what he’s doing, I don’t know what does. Not only can he strike with the best, but his takedown defense is a brilliant 92%, with a solid ground game of his own, showing how great Fiziev is  all around with only three years of experience in the UFC. Champion Charles Oliveira would have his hands full with the 29-year-old contender, as Fiziev would be neck and neck with “Do Bronx” in the stand-up, while also making it extremely hard for the fight to be taken to the ground. I’m not saying Fiziev would beat Oliveira, but by the time these two meet, Fiziev would have even more experience against the best fighters the lightweight division has to offer, and who’s to say he doesn’t improve even more? Keep an eye out for “Ataman.”

3. The Bantamweight title will change hands three plus times in the Next two years

The Bantamweight division is one of the most stacked groups the UFC has ever seen, with legends, established studs, and young prospects coming from every angle possible. Reigning champion Aljamain Sterling is coming off of a close fight with rival Petr Yan, and their time fighting one another if “Funkmaster” continues his run as king of the BWs is surely not over. There’s no doubt that Yan could win his belt back once again, but he is nowhere near the only threat. Sterling’s next opponent, TJ Dillashaw, is an all-time great that should be a lot of fan’s pick to regain the title he never lost. If Dillashaw were to become champ, he’d not only have to worry about a rematch with Sterling or bout against Yan, but fellow future HOF’er Jose Aldo, who’s squaring off with Merab Dvalishvili in a title eliminator at UFC 278. We also can’t forget about the number four and number five contenders, Marlon “Chito” Vera and Cory Sandhagen, who are both still as active as ever and fighting for their spot amongst the elites of 135.

On the other hand, young ranked prospects ranging from Sean O’Malley and Ricky Simon to Umar Nurmagomedov and Song Yadong are all establishing themselves fight in and fight out with highlight wins. Even after all those names, we have former champion Dominick Cruz, and unranked powerhouses like Saidyokub Kakhramonov and Adrian Yanez still on the way up. There are so many threats in this division, that I can’t fathom how anyone would ever want to compete in such a shark tank. This title is not safe from anyone.

Stay tuned for part two of this series…In the meantime, you can find me on Twitter (@twsn_sbs)! 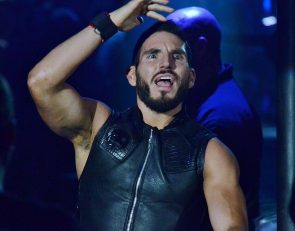 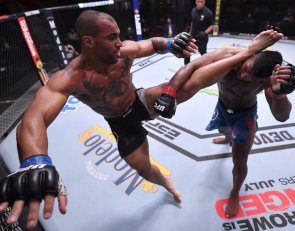 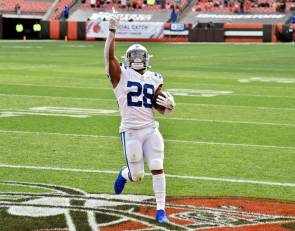