Oscar Tshiebwe returned to Lexington, Kentucky after winning the National Player of the Year in 2021. He is the first player to win the award and return to school since Tyler Hansbrough returned to North Carolina in 2009. As expected, Oscar Tshiebwe averaged a double-double on the trip and looks as good as ever. The best big man in the country should still retain that title in 2022. It should also be noted that the North Carolina Tar Heels won the national championship the year after Hansbrough won the National Player of the Year Award.

Daimion Collins came into last season as a young, skinny freshman. So far this season, he appears to be a different player. At times last season, he was timid and didn’t have the strength nor the confidence to compete in the SEC. If the Bahamas trip was any tell, he looks stronger, more confident, and more assertive. He can be a total game changer for this Kentucky team if he can consistently hit the mid-range pull-up like he did this weekend. With massive poster dunks and an enormous defensive impact in every game at Baha Mar, it is safe to say that Collins is a key member of the 2022 Kentucky basketball team.

Cason Wallace, Chris Livingston, and Adou Thiero were the three freshmen that suited up for the Wildcats. All three were phenomenal. Wallace is going to be a fan favorite. A lockdown defender that is still elite with the ball in his hands offensively. He shot 40% from three along with his top-tier on ball defense.

Chris Livingston led the Cats in three-point shooting at 60% (6-10). He is going to be the ‘Swiss Army Knife’ that all good Kentucky teams have. His most impressive attribute is his ability to rebound and start the break. If he can buy into a Michael Kidd-Gilchrist-type role, he can be the “glue guy” that aids Kentucky to a Final Four.

Adou Thiero was a lesser-tier prospect coming out of high school. He was maybe the most impressive given expectations. He made three of his six three-point attempts. His real impact was felt defensively as he had seven steals. He was jumping passing lanes and being a disruptive force. Viewed as a project a week ago, Thiero has greatly changed expectations.

Kentucky had five players shoot threes at a 40% or above clip. It’s unlikely that the shooting remains this good throughout the season, but if they have these many threats, the floor spacing will be elite. CJ Fredrick was 1-5 from three this weekend in limited time. However, he has proven to be the best sharp-shooter in college basketball during his time at Iowa with a 46.6% three-point shooting percentage. Antonio Reeves has had instant offensive success in his short time in Lexington going 14-27 from three during the Bahamas trip. All of this just clears the lane for Sahvir Wheeler and Oscar Tshiebwe to do their thing.

5- Jacob Toppin Could Be The Best Player On The Team

Jacob Toppin looked phenomenal this weekend. He looks much more comfortable on the offensive end and seems to be taking this leadership role extremely seriously. Toppin left Baha Mar averaging 16.8 points and 5.5 rebounds with eight blocks and seven steals. He is also shooting the ball with confidence and in rhythm. He went 8-15 from three during the trip. He looks like the prototypical 3-and-D player. He has always had the athleticism and potential. This is what John Calipari and the coaching staff saw when they added his pledge to transfer in 2020. 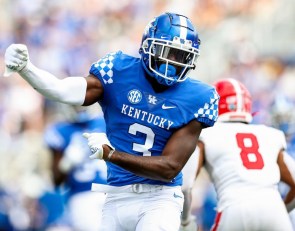 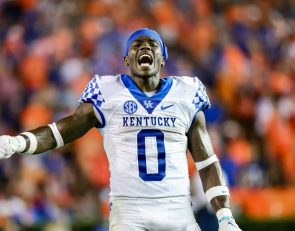 Winners And Losers From Kentucky’s Win Over Florida