The Portland Trail Blazers Are Back

The Portland Trail Blazers Are Back

The Portland Trail Blazers seemed to be heading into a rebuild at last year’s trade deadline. Moving off of core pieces such as CJ McCollum, Norman Powell, Robert Covington, and Larry Nance Jr., it seemed as if Portland was prioritizing their future, rather than heading into win-now mode. Damian Lillard trade rumors began, as many speculated he had played his last game with the Trail Blazers, and it seemed as if there was a new era in Portland.

However, Portland has done everything possible to surround Lillard with the proper supporting cast, while stockpiling assets for the future. They started out making a deal for Jerami Grant, a versatile defender who can also help on the inside while being able to shoot from three and create for himself. There were rumors of them potentially making a deal for a player in a similar mold, as they were on the phone with the Toronto Raptors trying to negotiate a deal for swiss army knife forward OG Anunoby. However, the deal fell through, and they then selected high upside guard Shaedon Sharpe with the seventh overall pick. Sharpe has all the tools to be a Portland legend, but there’s plenty of uncertainty surrounding his long-term future in the NBA. He can either pan out and become one of basketball’s top offensive guards, or he can be the next Josh Jackson, a high-potential shooting guard with all the tools but fails to put it all together.

Free agency-wise, Portland was able to re-sign Anfernee Simons to a four-year, $100,000,000 deal. Simons showed out in Lillard’s absence last NBA season, showing flashes of scoring and playmaking prowess. Many have already given him the title of the next Lillard, but what makes his services even more useful is his ability to play off the future Hall of Famer. Both can form a star backcourt as soon as next year, and Simons should have no problem filling McCollum’s shoes at the two. They also re-signed Drew Eubanks, a quality backup five, and snagged Gary Payton II from the Golden State Warriors. Payton provides Portland with another perimeter defender, as well as a lob threat and cutter who is versatile enough to allow Portland to go small in closing situations.

The Trail Blazers have quietly had one of their better offseasons in recent memory. They’ve sort of taken the approach of Golden State, where they’ve been balancing their future while acquiring complementary pieces to help out the team right away. This is also the most versatile Portland has been in a very long time with the potential lineups they can throw on the court. They have two “bigs” in Jusuf Nurkic and Eubanks who can grab boards and protect the paint, and they’re versatile enough to go small in closing lineups. A closing lineup of Lillard, Simons, Payton II, Josh Hart, and Grant perfectly caters to the small-ball ways of basketball. All five can put the ball on the floor while being able to move without it and create openings to score. Payton, Hart, and Grant are all versatile defenders who can help the defensive limitations Lillard and Simons have in the back-court. If one fouls out, you can simply insert Nassir Little into the lineup.

In fact, Little has one of the highest ceilings on this Portland roster, and his continued development is something to keep an eye on this upcoming season. It took a few seasons for him to put it all together, but Little had by far his best and most promising season last year. He was one of Portland’s brightest players due to his versatility and two-way ability. His motor is unmatched by most young players in the entire league, and his ability to put the ball on the floor while maintaining his role as a spot-up shooter has improved. Little may never be a star, but this may be the year where he takes a jump from a promising youngster to one of the league’s elite 3-and-D players.

The Portland Trail Blazers are finally surrounding Lillard with the team they should’ve always surrounded him with. They’ve never been able to hold up against some of the top teams due to their lack of defense and line-up versatility, but now, that’s their calling card. They stocked up on versatile defenders who can provide as off-ball movers, and although they may not be a title team, Portland has a great shot at being one of basketball’s surprise teams going into next season. 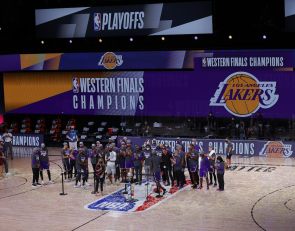 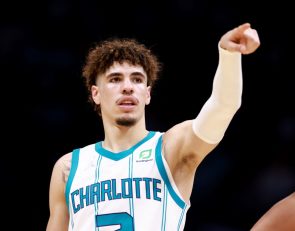 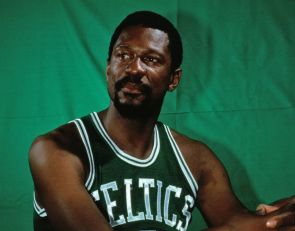